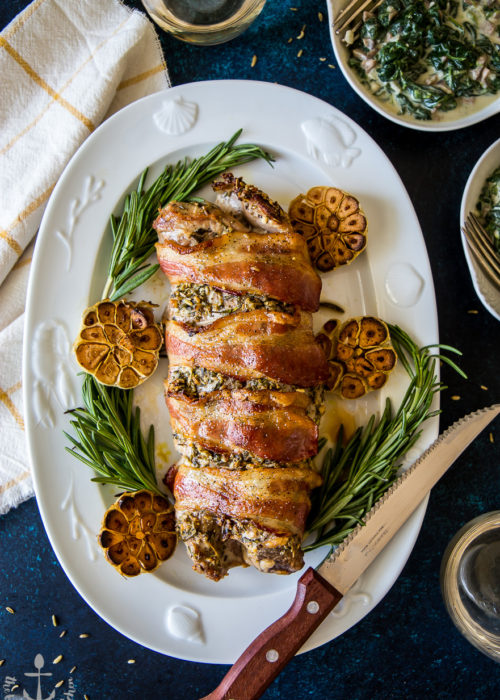 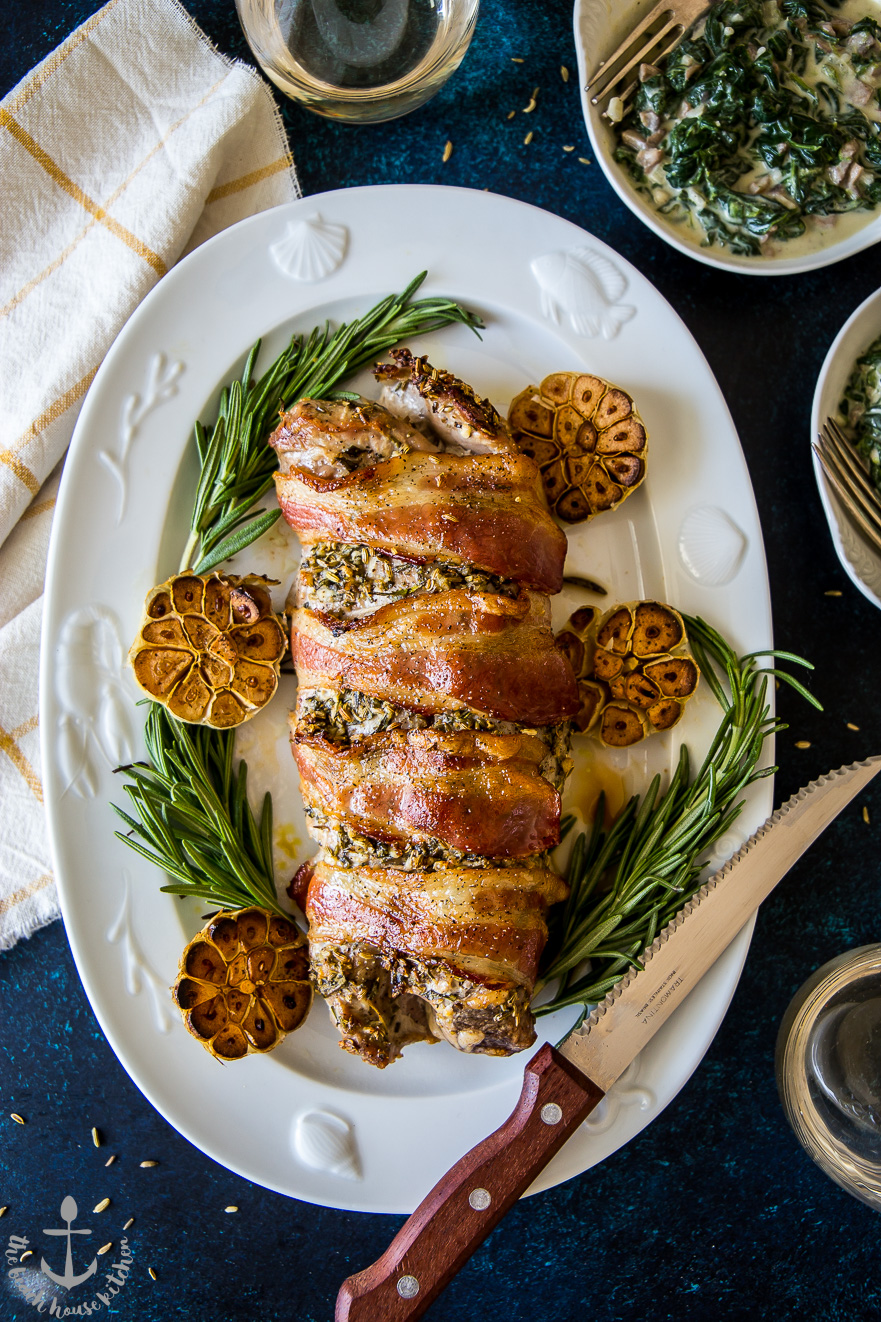 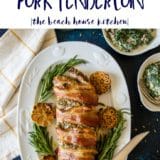 This Porchetta Pork Tenderloin is easy enough for weeknight dinners, yet fancy enough for company! 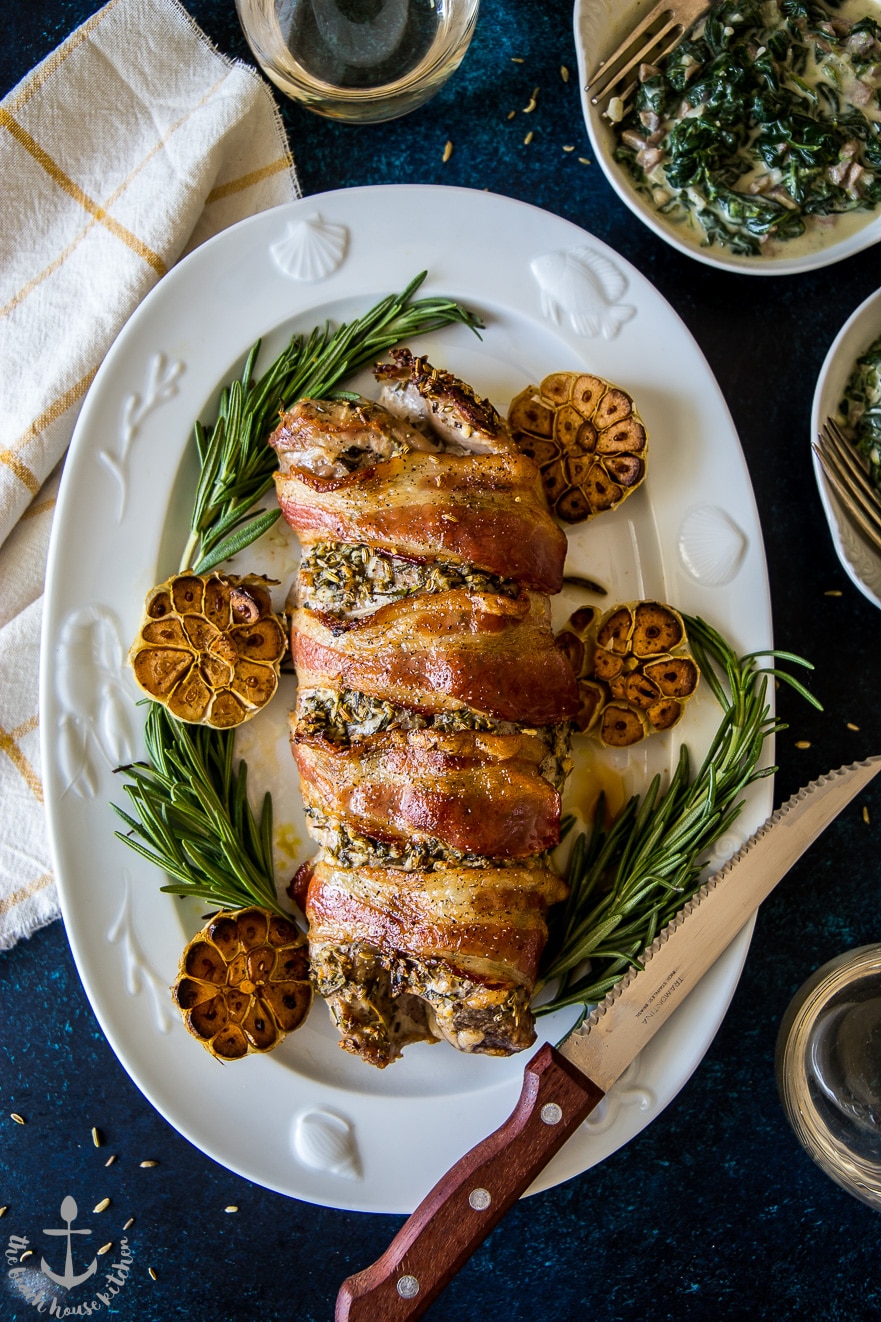 Happy Monday folks! Let me introduce you to my new favorite super simple weeknight dinner, that also works double duty as a fancy-schmancy dinner for weekend guests! This Porchetta Pork Tenderloin has SERIOUS flavor and you’ll love how EASY it is to throw together.

AND hello?! It’s wrapped in BACON!! Really?? Can you ever go wrong when you’ve wrapped something in bacon? Uh NO! 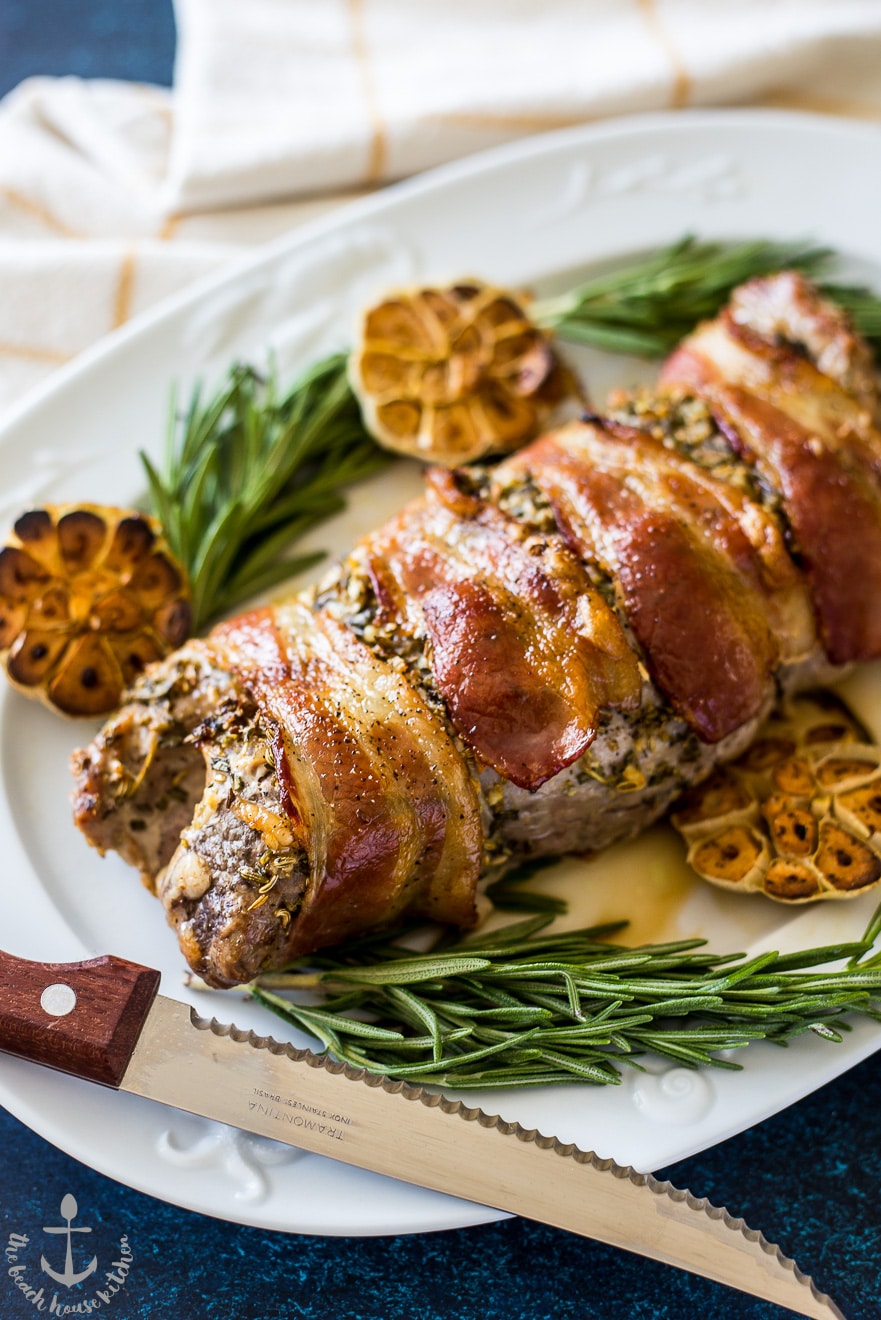 The bacon and a totally tasty mixture of garlic, rosemary, fennel seeds and salt and pepper take your ordinary old pork tenderloin to the next level of awesomeness!

This recipe is from Bon Appétit’s special Roasts magazine. As soon as I spotted it, I knew I’d have to give it a go.

Traditional Italian porchetta which involves de-boning an entire pig is a somewhat labor-intensive meal, so using a pork tenderloin as a shortcut is genius. And wrapping the tenderloin in bacon adds some needed fat to the tenderloin which is very lean. 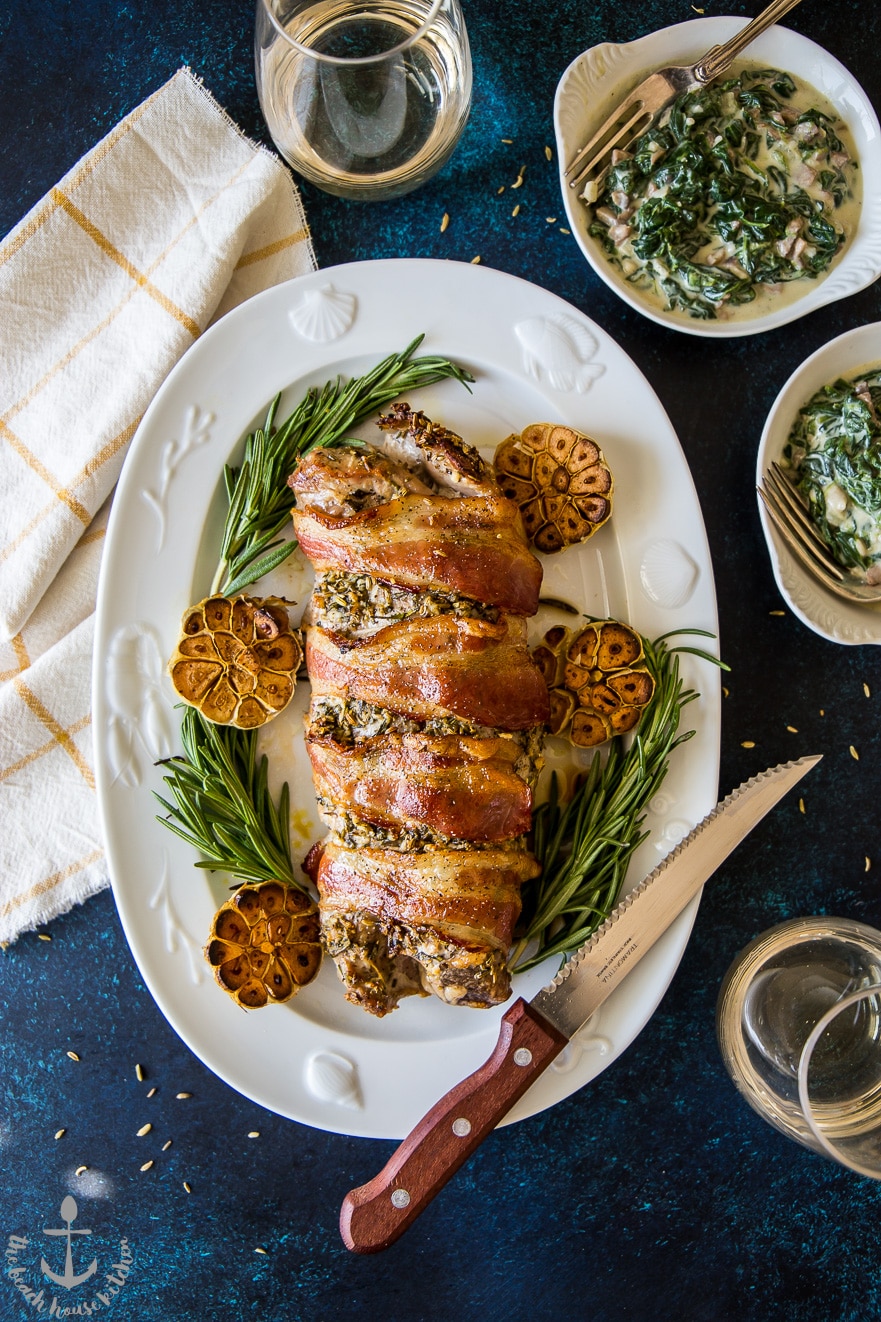 I prepared the garlic mixture in the morning, rubbed the tenderloin with it, and then put it in the fridge until I was ready to cook it.

Make sure the ends of the bacon strips are tucked under the tenderloin, so they don’t pull away from the meat.

Cook the tenderloin until it registers 145 degrees with an instant-read thermometer that’s been inserted in the thickest park of the tenderloin.

I like to serve my porchetta with a side of my Roasted Smashed Potatoes and my Creamed Spinach and Mushrooms.

This is a deliciously easy meal that comes together in just about an hour and will wow the family or guests every time! Enjoy! 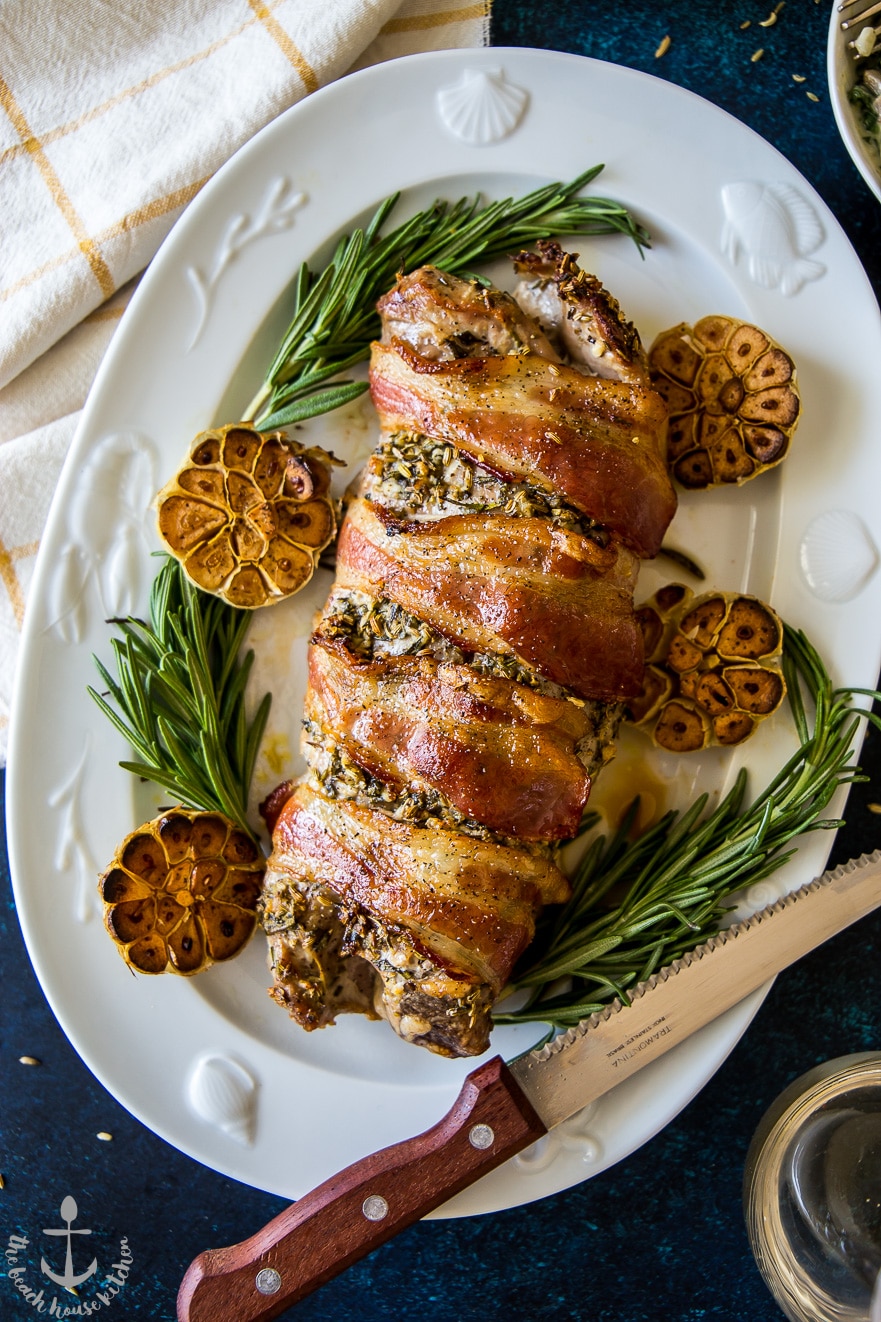 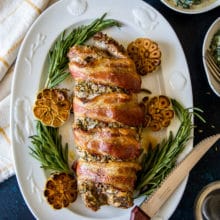 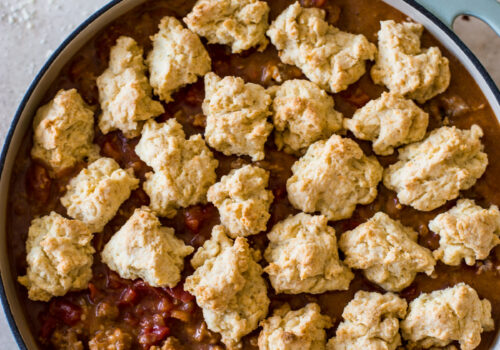 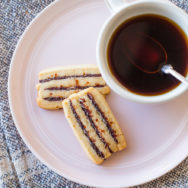 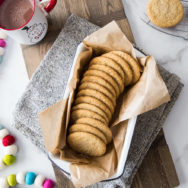 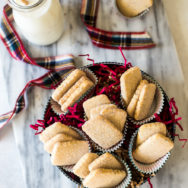 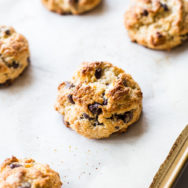