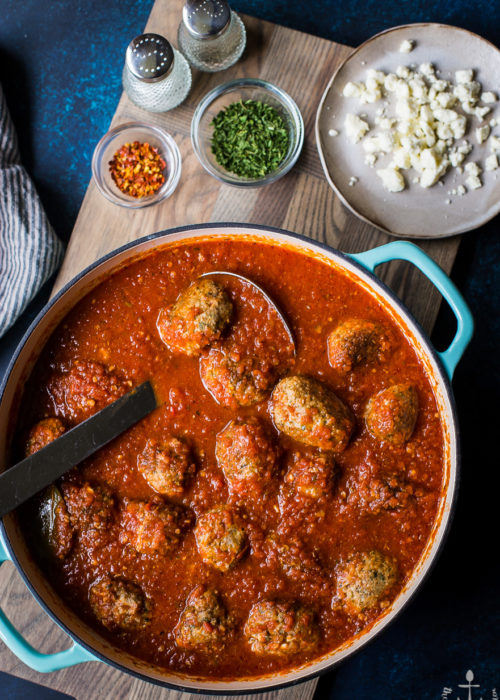 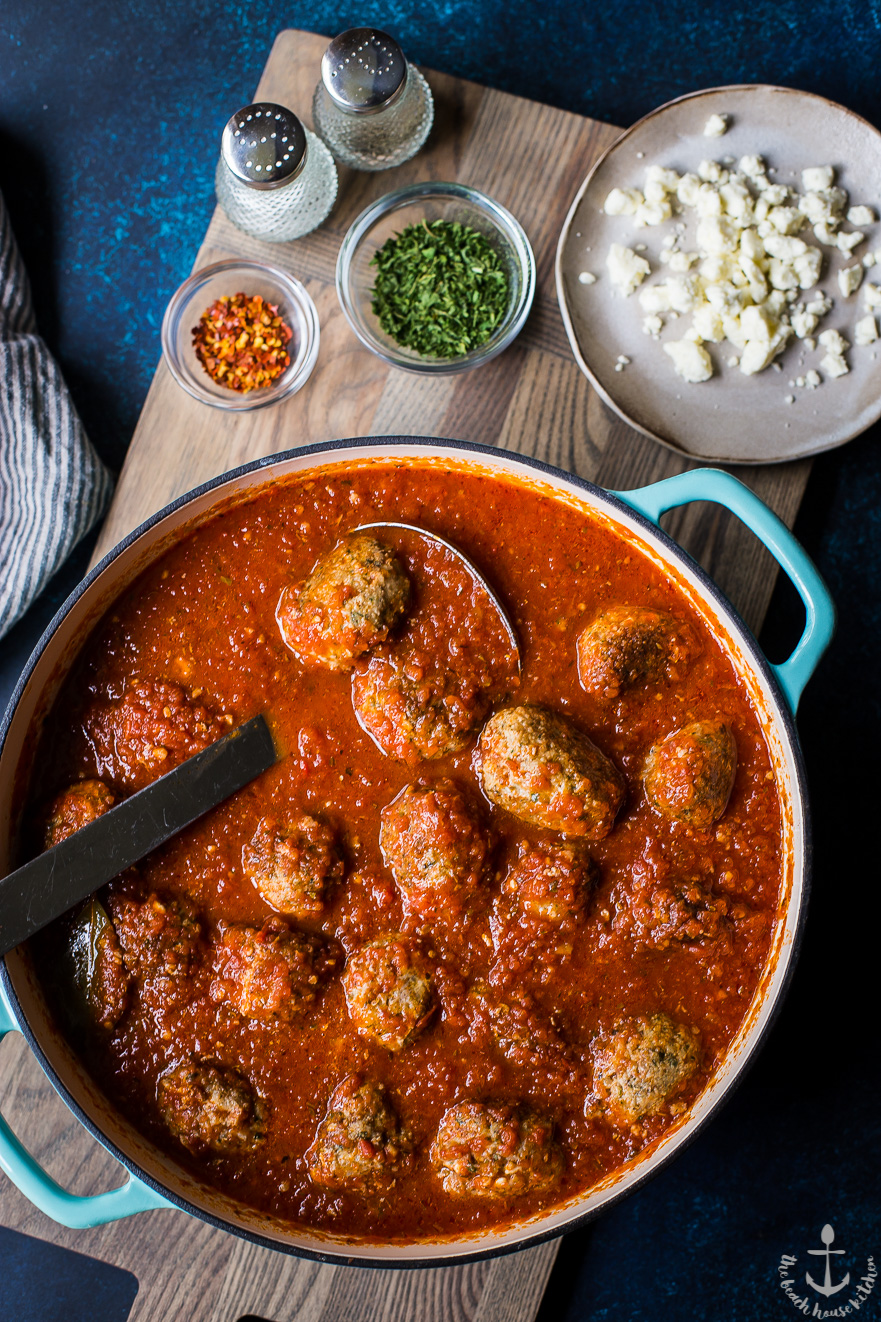 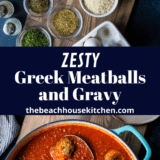 I made these Greek Meatballs with Gravy when our son Sean was home earlier this summer. I guess I started making them a few years back after Sean was already out on his own because he said he had never tried them. 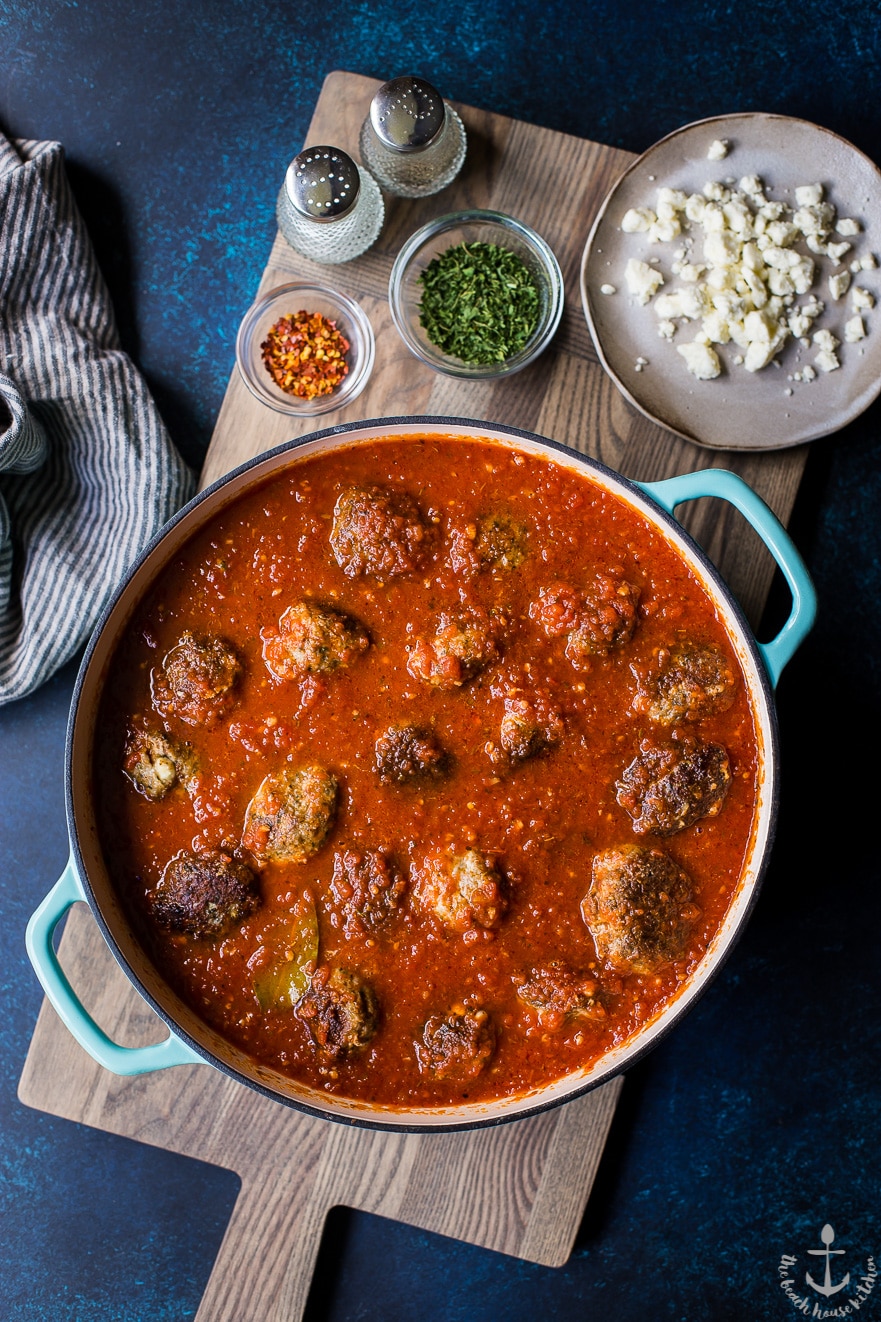 When I began describing the meatballs and the sauce, he said, I don’t think I’m going to like those. 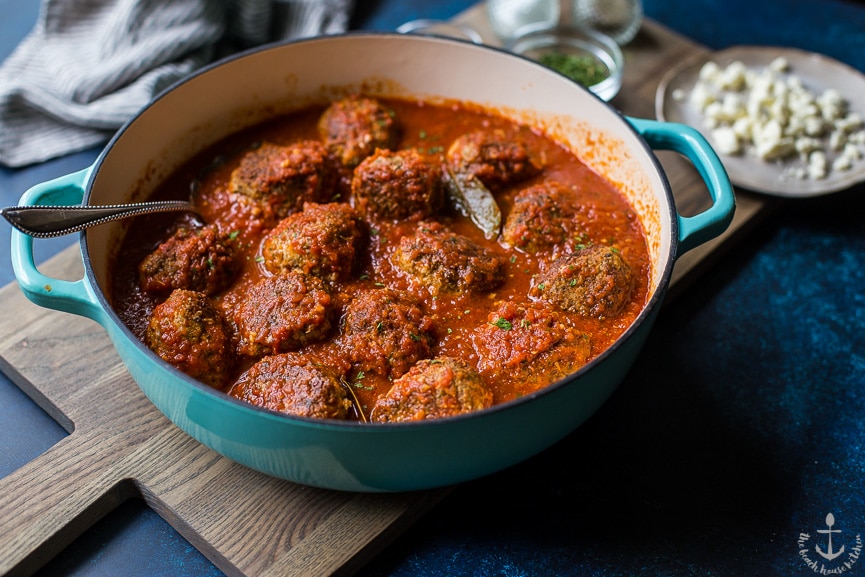 Not the usual Sean thing to say. He’s my more adventurous one when it comes to trying new things. 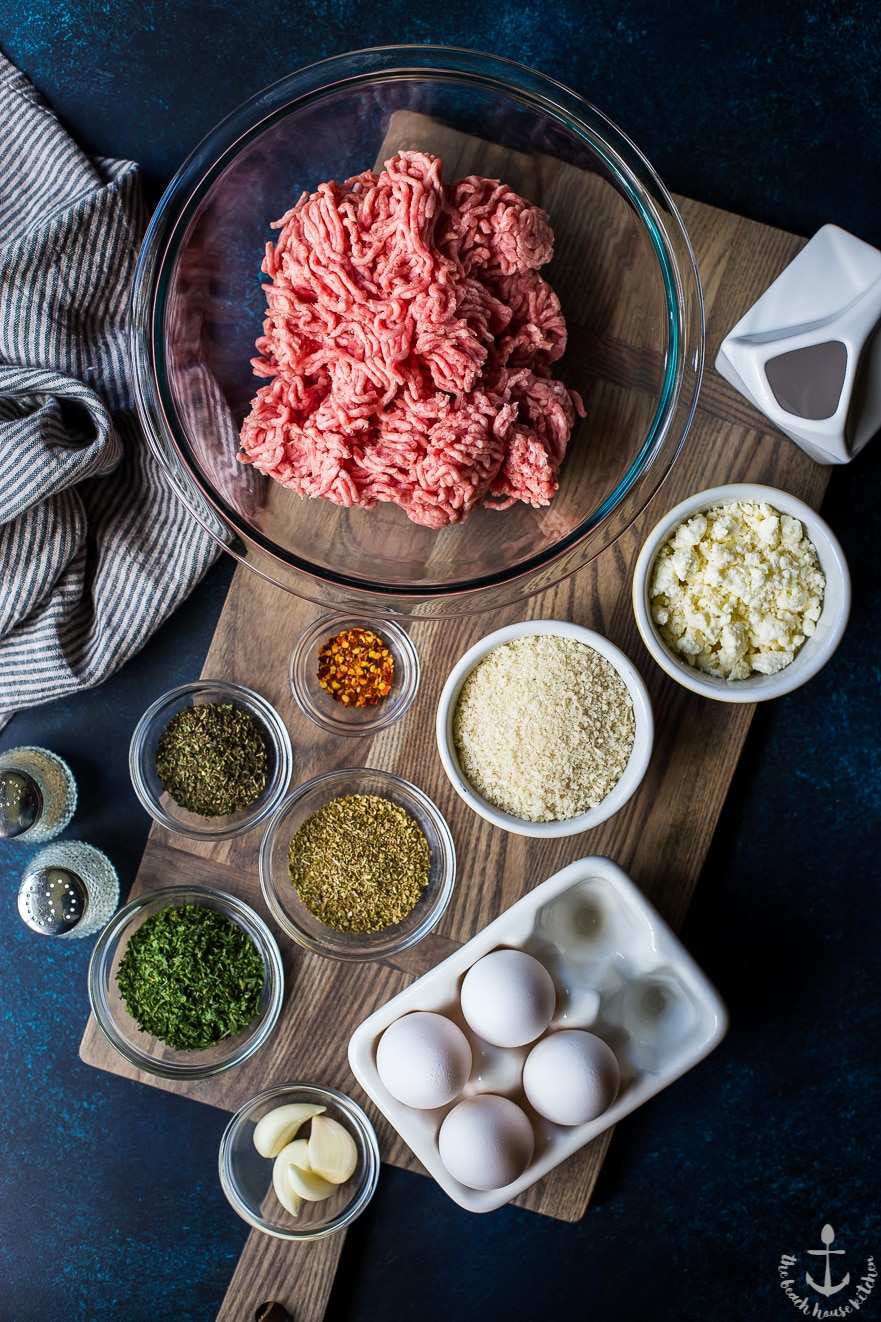 So when I told Sean the meatballs were flavored with feta, oregano, mint, garlic and a bit of red pepper flakes, he was like…

Cinnamon in the sauce? I don’t think so. 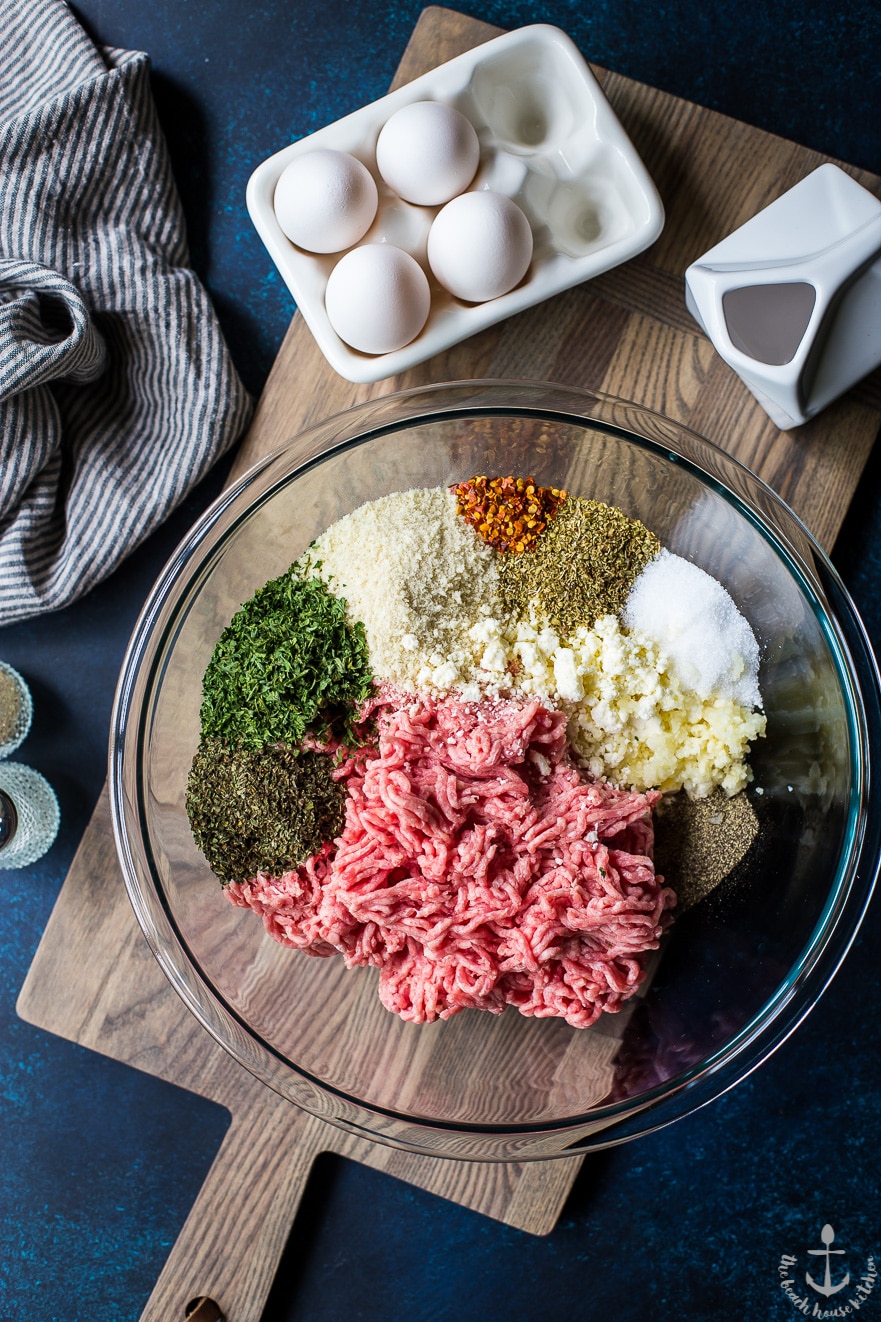 Let’s just say, five meatballs in one sitting later, as usual, Mom was right. (Did you have any doubt guys?)

Hope you’re just as adventurous as Sean and give these total flavorballs and gravy a try! Enjoy!

If you’re a fan of Greek flavors, try my Greek Couscous Salad, my Greek Omelet Egg Bake or my Falafel Platter with Tzatziki Sauce. 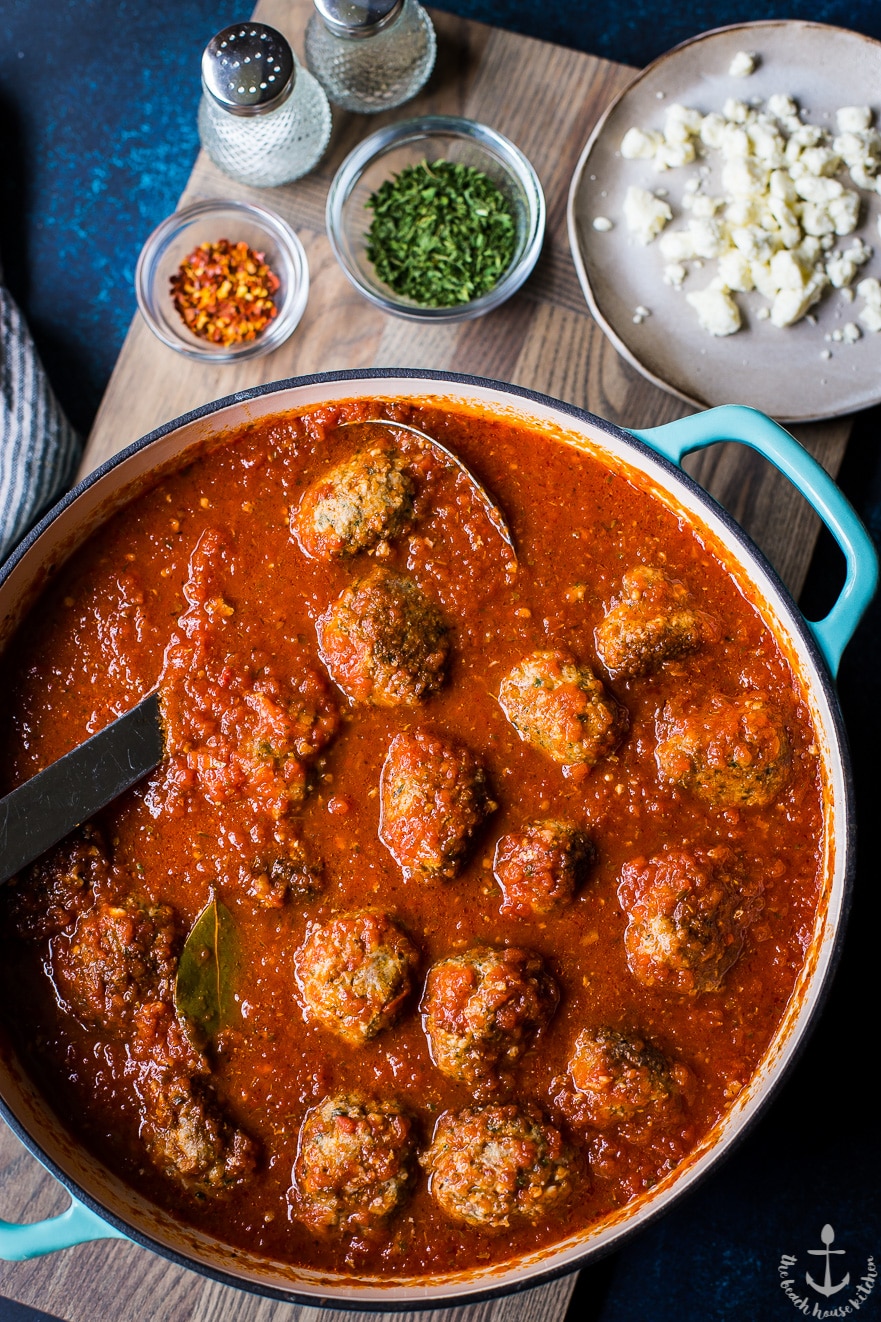 A Few Cook’s Notes for Greek Meatballs and Gravy Recipe:

I added a 1/2 teaspoon crushed red pepper flakes which I thought gave these meatballs enough spice.

These meatballs and gravy are perfect served with warm flatbread and a side salad or with a side of rice. 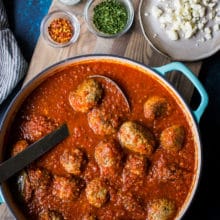 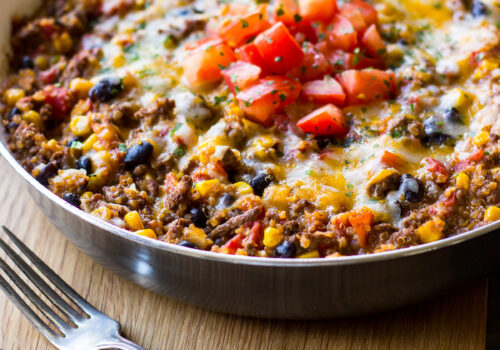 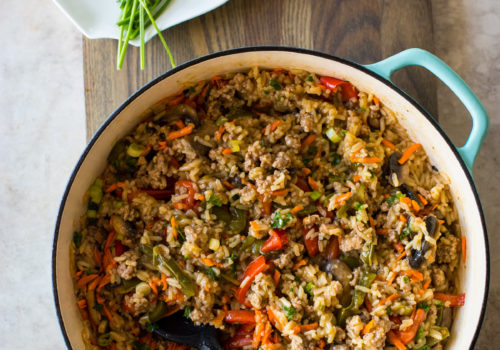 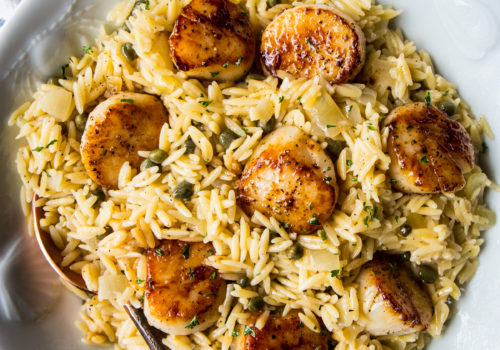 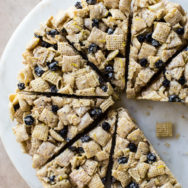 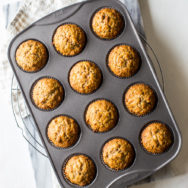 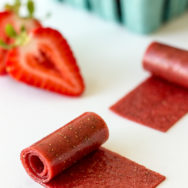 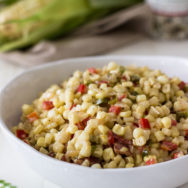