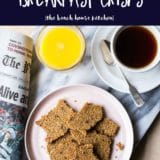 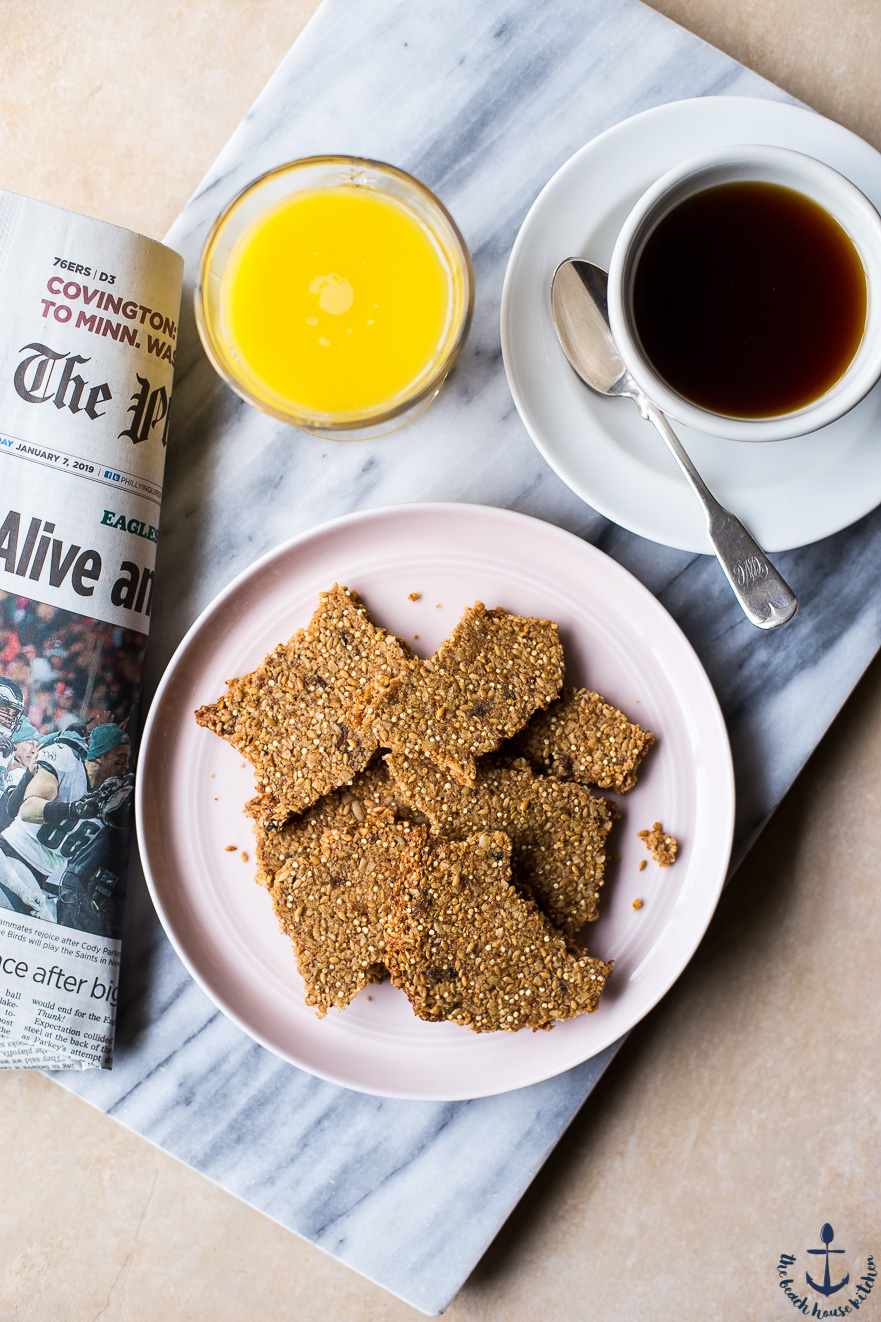 So. We spoke on Monday about resolutions right? And I mentioned I was going to try to work out a bit more and incorporate more healthy things into our diet right?

No more saying I’m going to the gym and then getting sidetracked perhaps by a visit to my favorite food market that happens to be across the street….pinky swear. 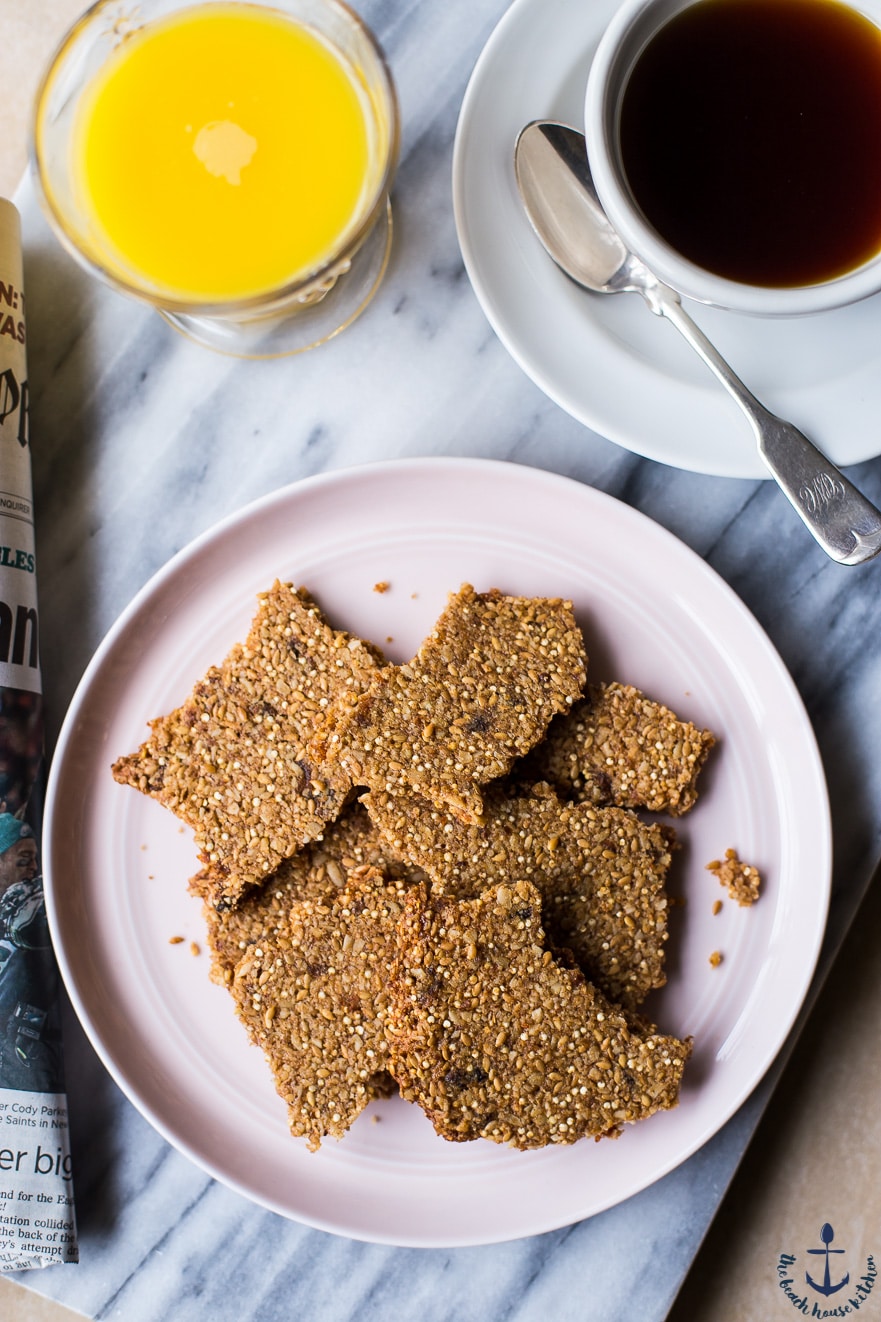 Like I said, I’m not going to beat myself up and go to the gym everyday. It’s just not a realistic goal for me, but I am going to put in a better effort this year.

I’m also making major changes to my diet; what foods I eat, cutting down on my snacking in between meals, and swapping out some not so healthy ingredients for healthier ones in some of my favorite recipes. 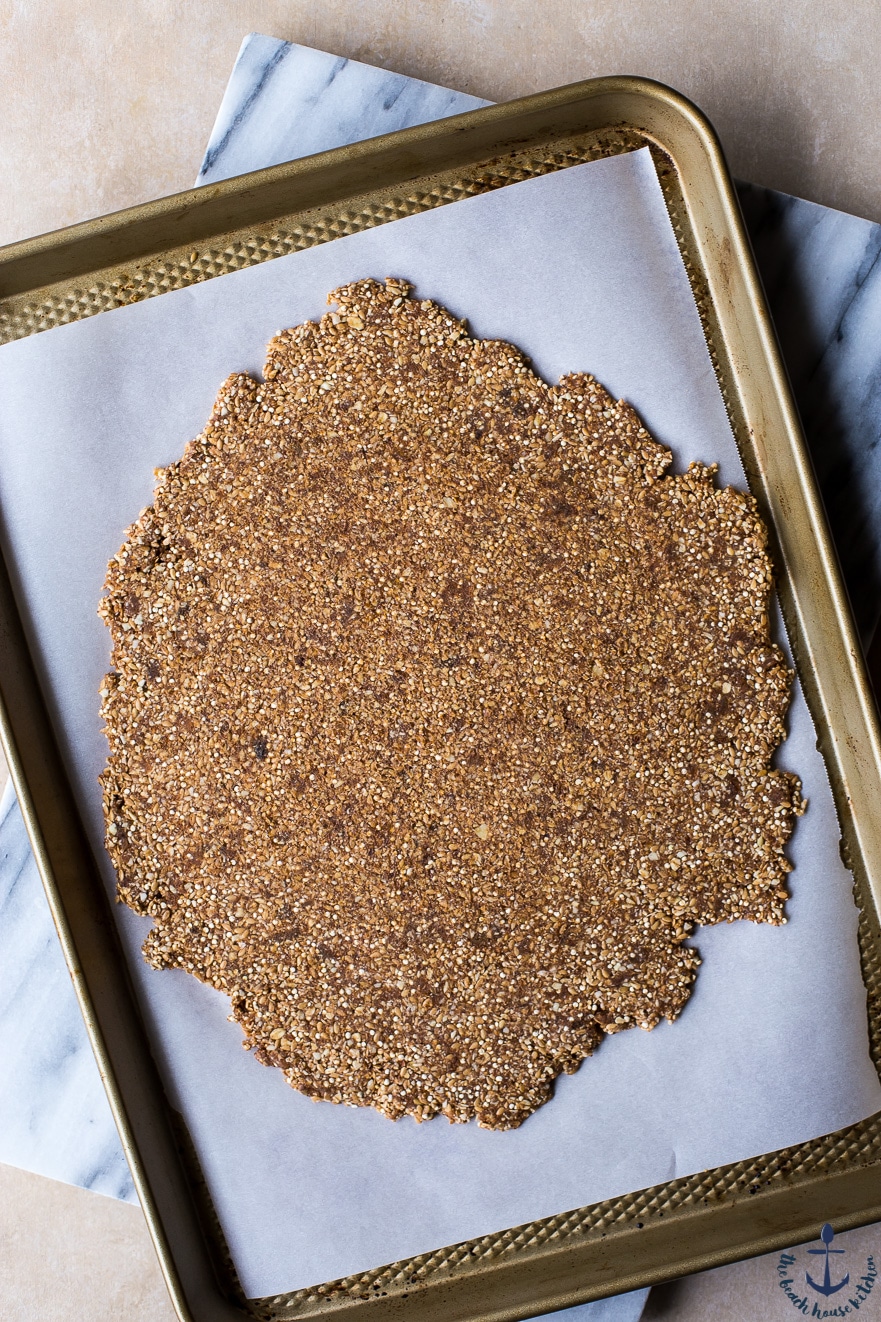 That’s where these Oatmeal Raisin Breakfast Crisps come in.

I saw something similar at the market recently and I bought a box.

I opened one of the packets inside, tasted one, and I have to say, I wasn’t overly impressed. Way too sweet. 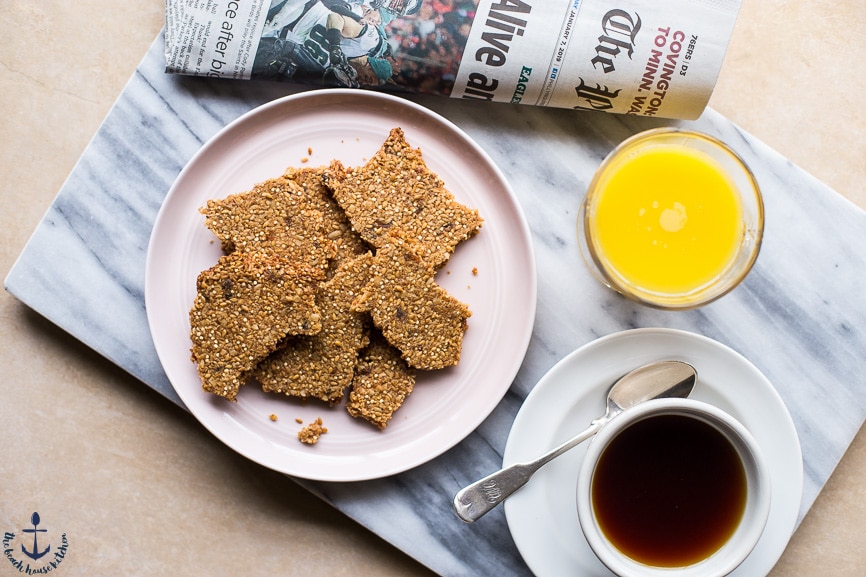 Since I liked most of the ingredients they incorporated into the bars, I decided I needed to work on creating my own less sweet customized version.

These crisps boast a healthy list of super food ingredients which I’m so excited about! 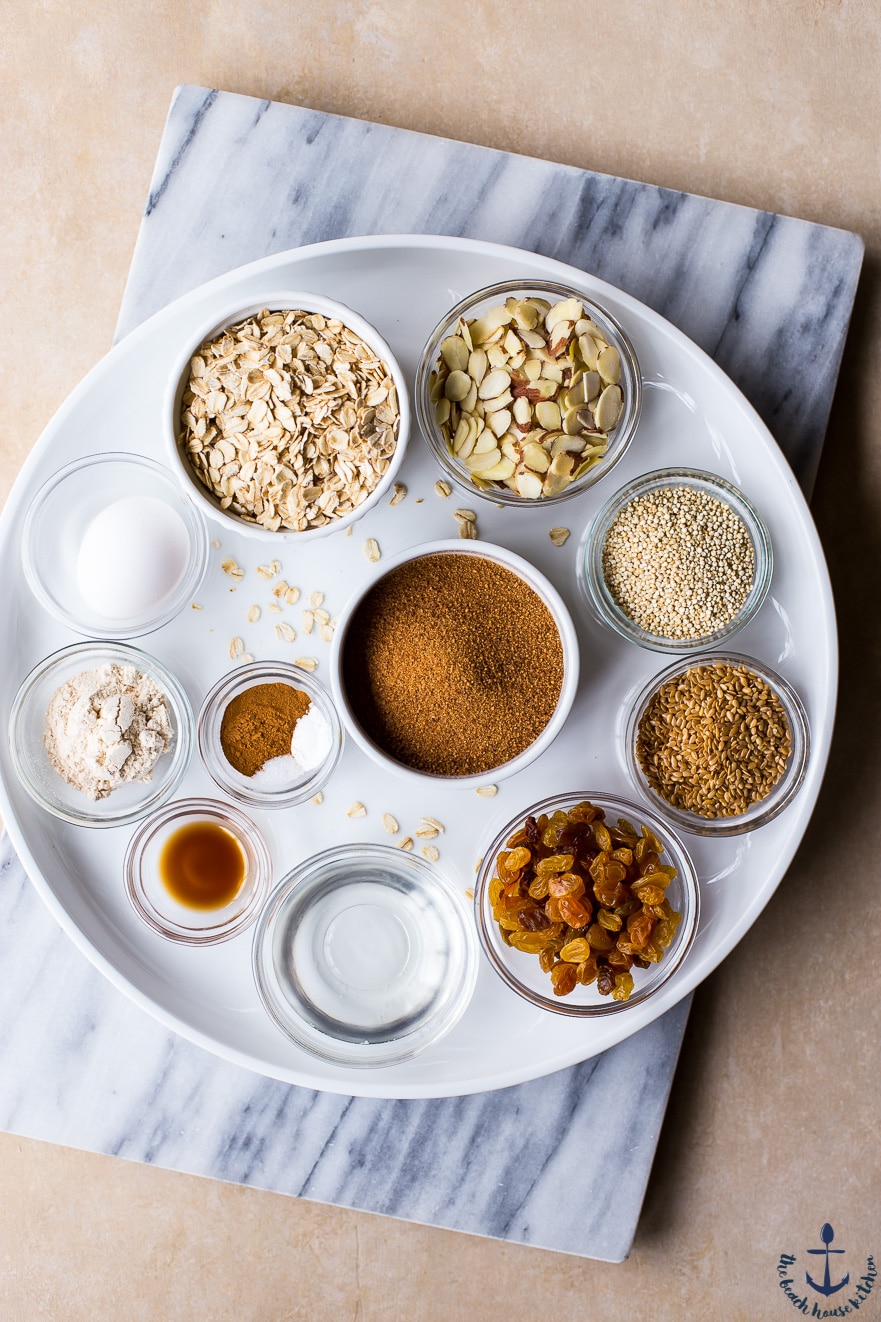 They’ve got quinoa, oats, almonds, raisins, cinnamon and flaxseed. All super healthy and good for us!

To give these breakfast crisps their crispier texture I used coconut oil instead of butter and coconut palm sugar instead of brown sugar.

I bake them for 30 minutes until they’re nice and golden brown and then I let them cool before I break them into crisps. 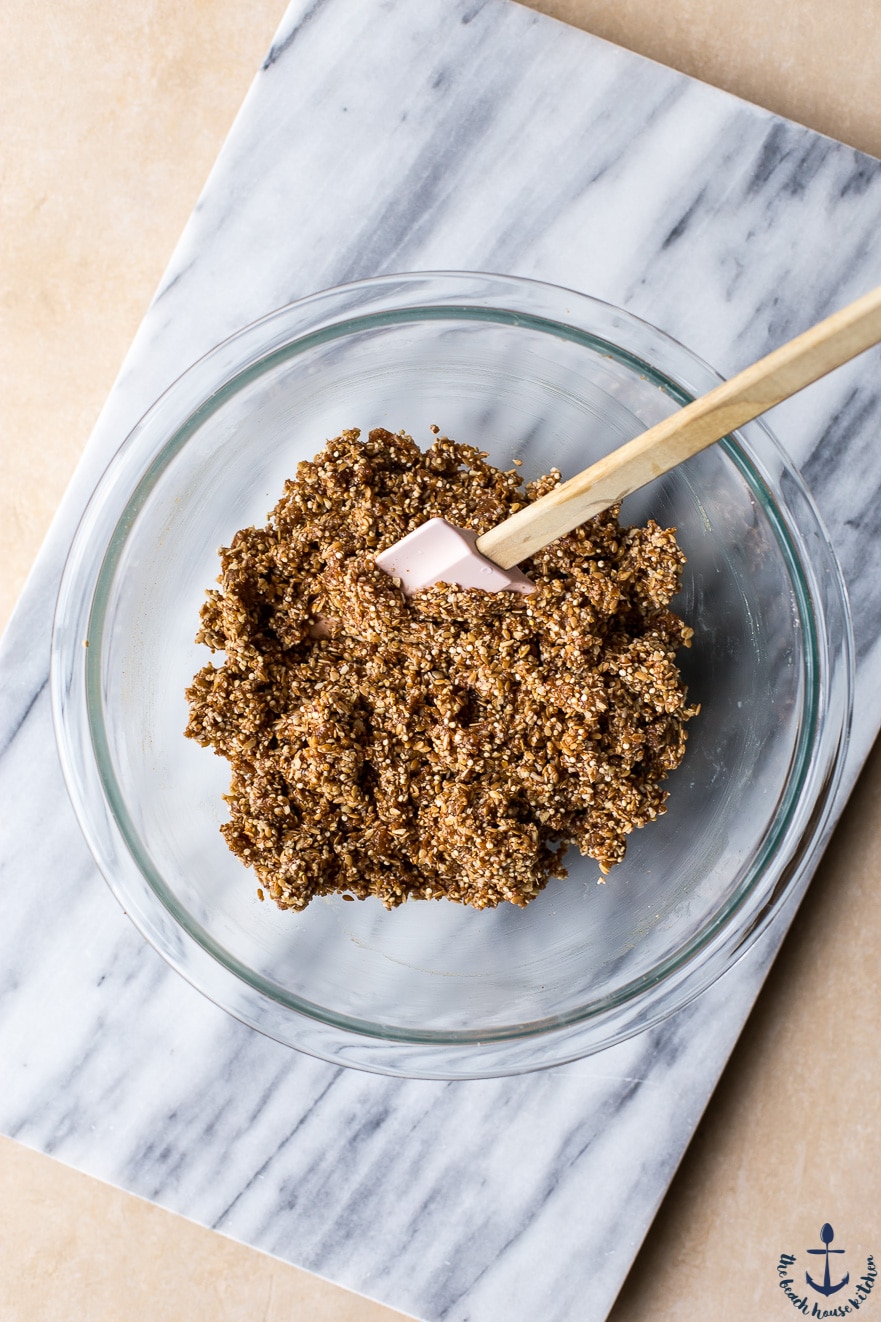 When I was experimenting with my recipe, I first made these with 1/2 cup butter instead of 1/2 cup melted coconut oil and 1/2 cup firmly packed brown sugar instead of the coconut palm sugar. The bars were just as delicious, but slightly less crispy.

I used golden raisins, but you could also use regular raisins.

I pulsed the raisins in my food processor so they’d be a bit smaller. When I added them to the dry ingredients, I mixed them in with my fingers, so they would be distributed more evenly, and not in big clumps.

I hope you guys give these a try! I guarantee you’re going to love them as much as I do! They’re such a delicious, healthy snack! Enjoy! 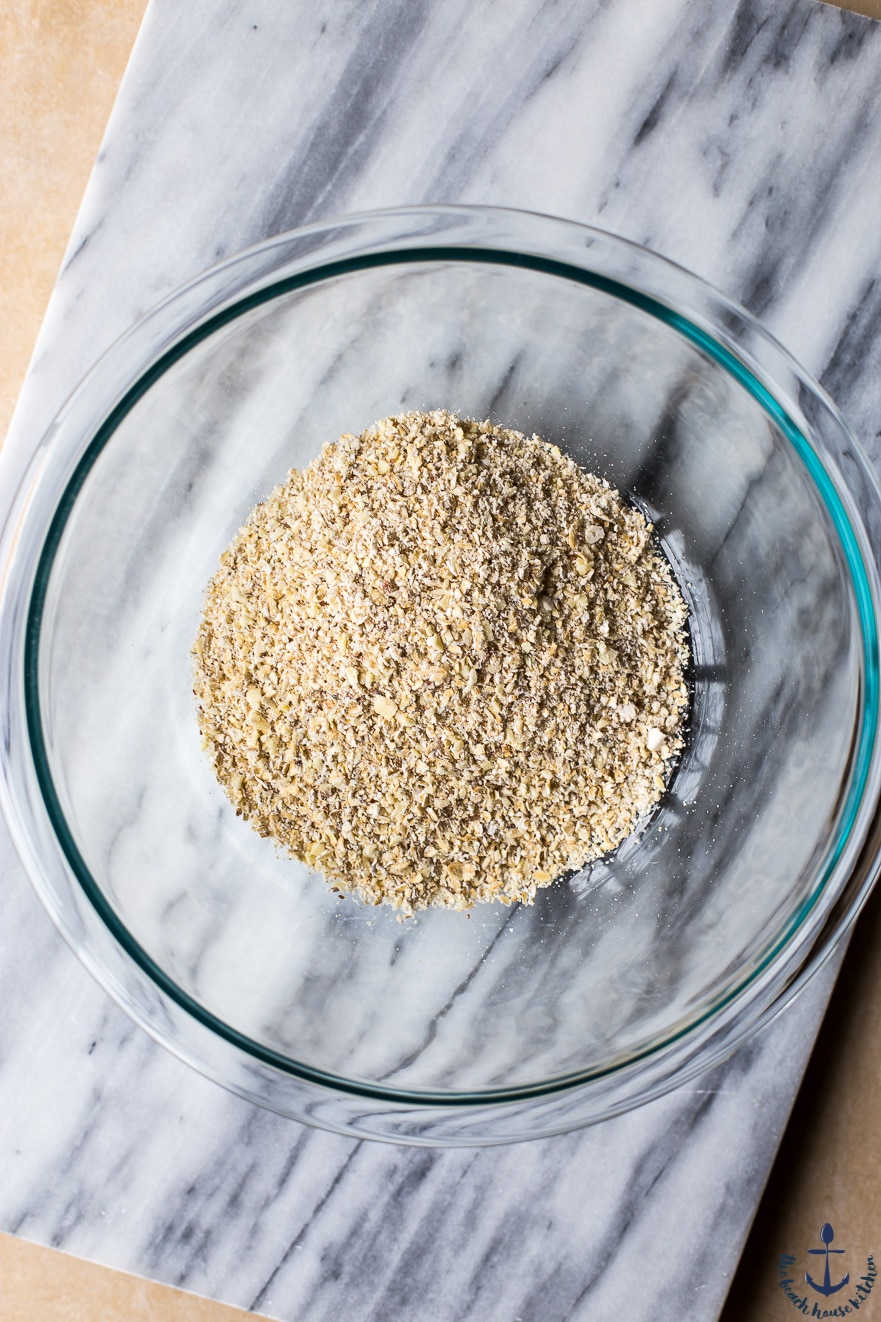 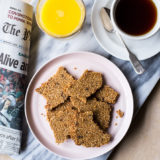 One of my favorite heathy comfort food dishes, thi

The weekend is in sight IG friends. It goes withou

I’m doing my little part to flatten the curve to