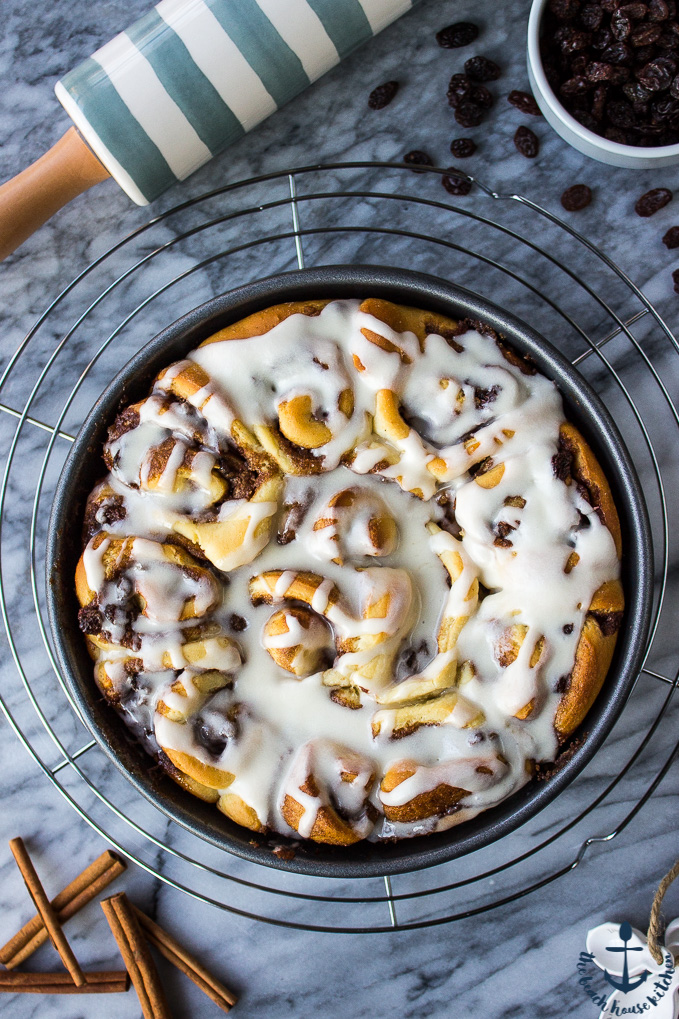 Wow…what a weekend!! 65 degrees and sunny in February at the Jersey Shore?? Woohoo! Keep servin’ it up Mother Nature because I’ll take it! 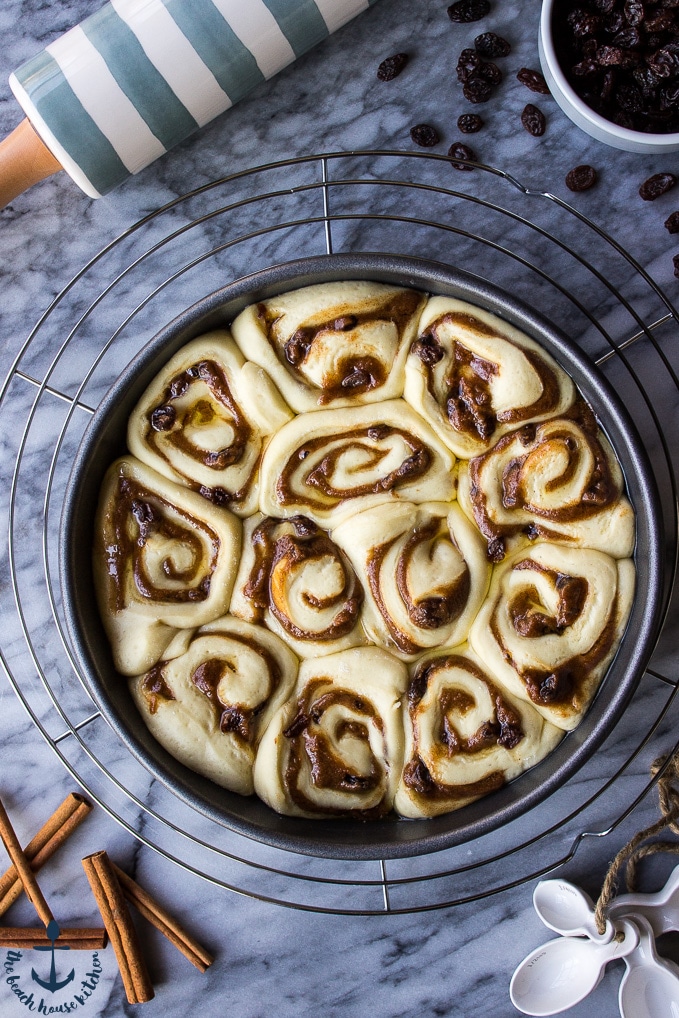 Did you all get a little taste of spring this past weekend like we did?! It was amazing! And the gorgeous weather could not have come at a better time! It was the 23rd annual Polar Bear Plunge in Sea Isle City, New Jersey. Thousands of people flocked to the beach this President’s weekend for the jump-start to the 2017 season by participating in the annual plunge. Last year’s temp hovered at the 20 degree mark, so this year 65 degrees and sunny was a total dream for all the brave souls who took a quick little dip into the chilly Atlantic Ocean! 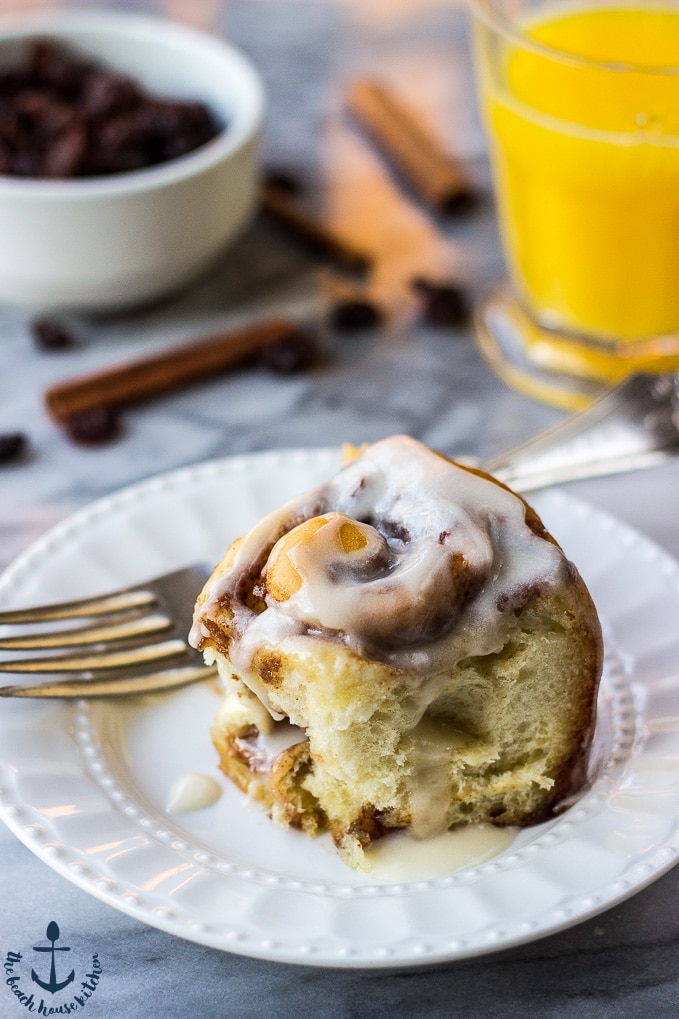 A brave soul, I was not. Nope. No siree Bob!  If I’m taking a dip in the Atlantic it’s gonna be more like 85 degrees and sunny out with a water temp of 75 degrees or higher! Catch me in July and I’m all in. Pinky swear.

This weekend I enjoyed early morning walks on the beach collecting sea glass followed by coffee on the deck outside with one of these warm, delicious, home-style Cinnamon Raisin Rolls. Life couldn’t get any better! 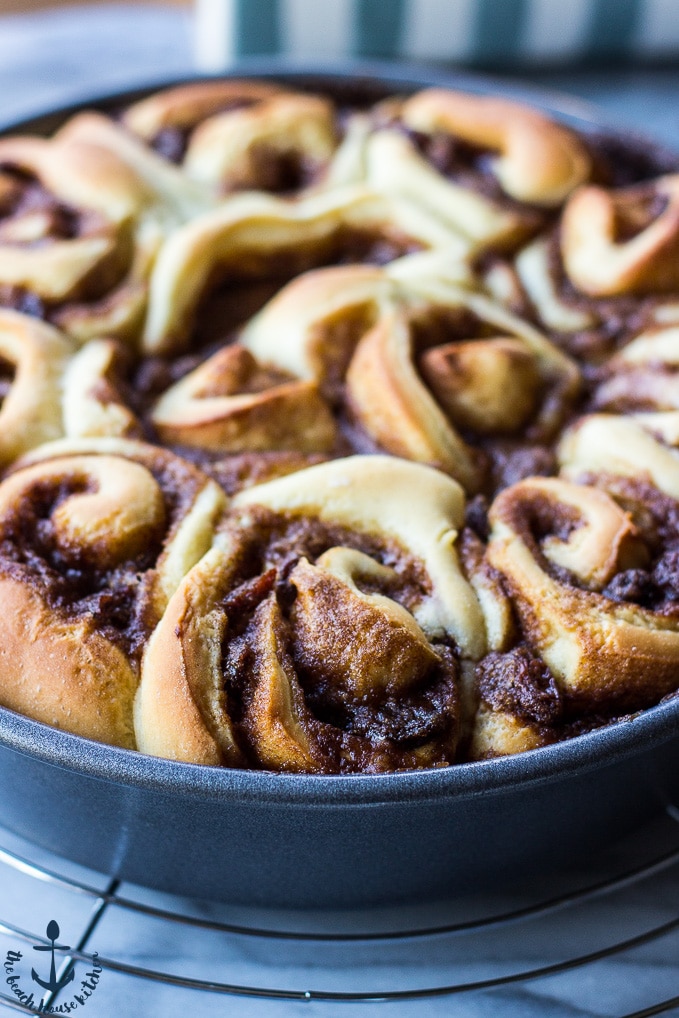 These cinnamon rolls are light, fluffy, gooey and cinnamony. They’re packed with raisins and drizzled with a sweet creamy vanilla glaze. You’ll need to plan ahead because they take a bit of time to rise, but believe me they’re so worth it. There’s nothing better than the smell of the house while they’re baking and enjoying one when they’re fresh out of the oven with your tea or coffee. They’re irresistible and always a hit! Enjoy! Have a wonderful week! 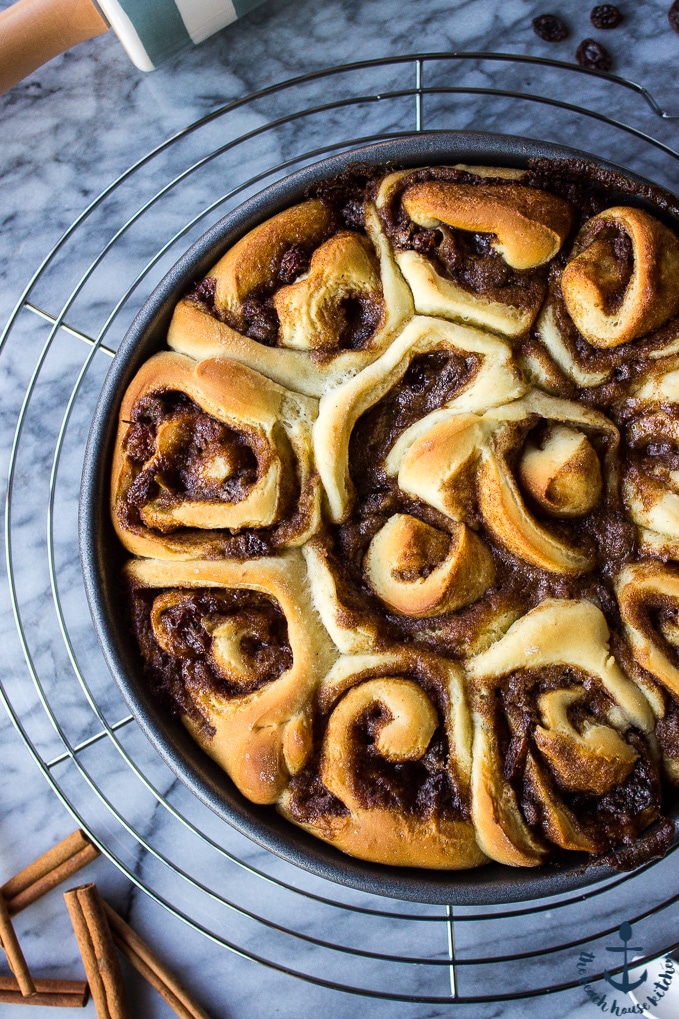 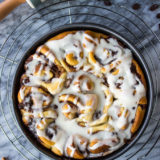 I’m hearing there may be some snow in the foreca