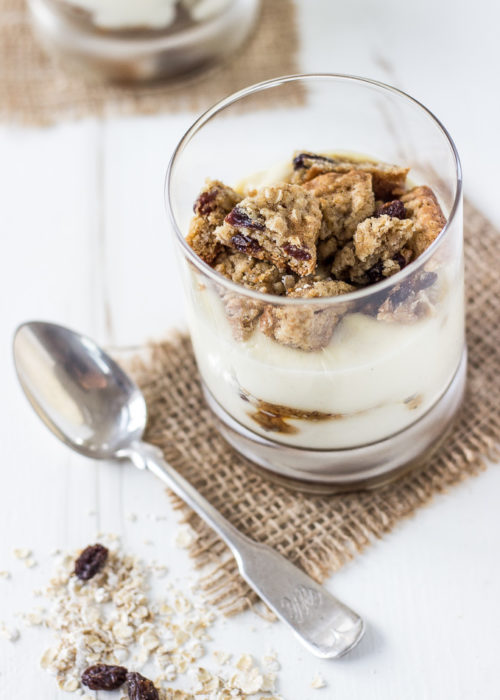 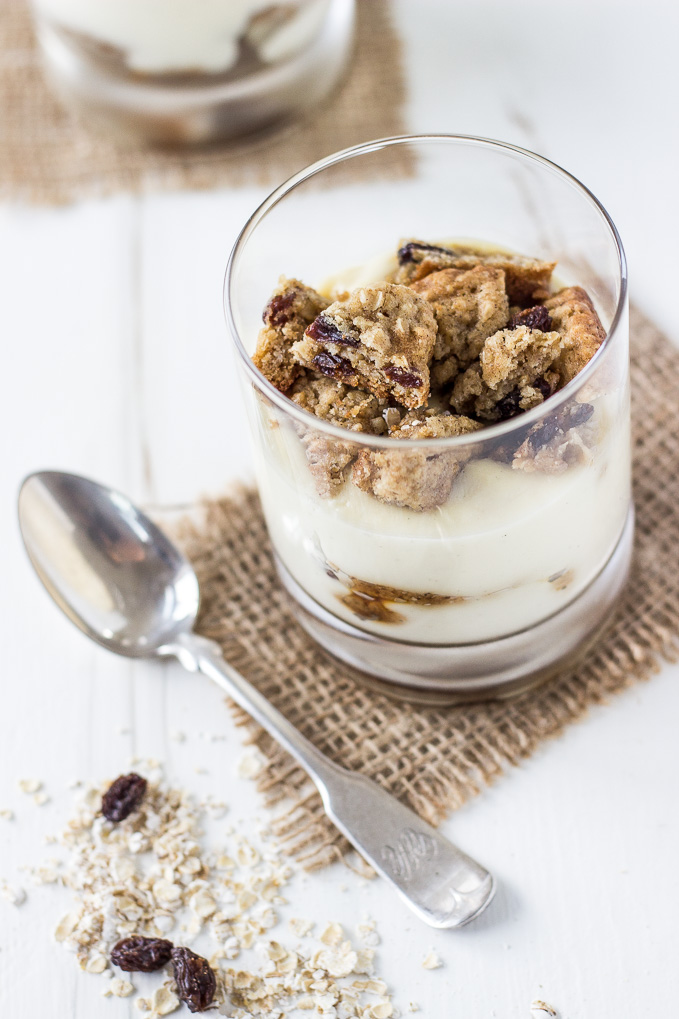 This Oatmeal Cookie Pudding is a cozy little dessert that’s super simple to whip up! It’s loaded with cookies and a smooth, creamy pudding that never fails to impress!

Yesterday was a cloudy, rainy day at the beach. That usually means one of three things; 1. it’s movie day, 2. it’s time to break out a puzzle, or 3. we need to make something really delicious in the kitchen. You guessed it, number three was the clear winner! Come on, I’m a food blogger. It’s my job. 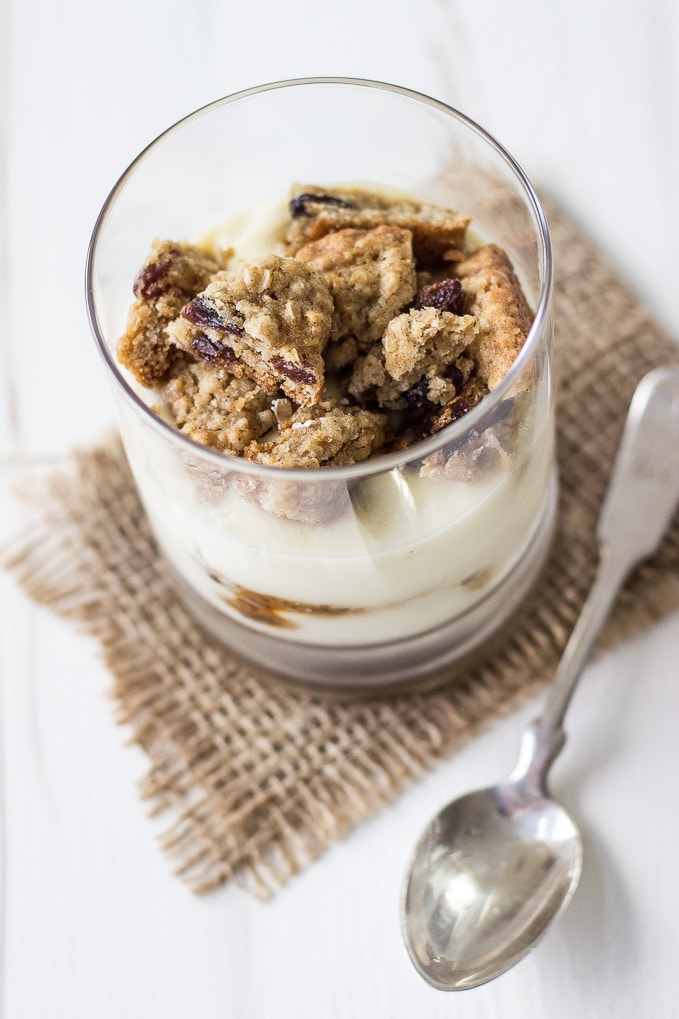 One of my favorite things to make on a rainy day is a nice big batch of cookies. But yesterday I was also craving some homemade pudding. So I decided, why not get the best of both worlds and make cookies AND pudding and combine them sort of like a parfait? I also just really like the name “cookie pudding”. It puts a smile on my face the same way chocolate and peanut butter does. It’s weird but there is just something comforting about cookies and pudding together, like I should be cuddled underneath a nice big fluffy blanket eating it. I know, you’re thinking the same thing, right?? 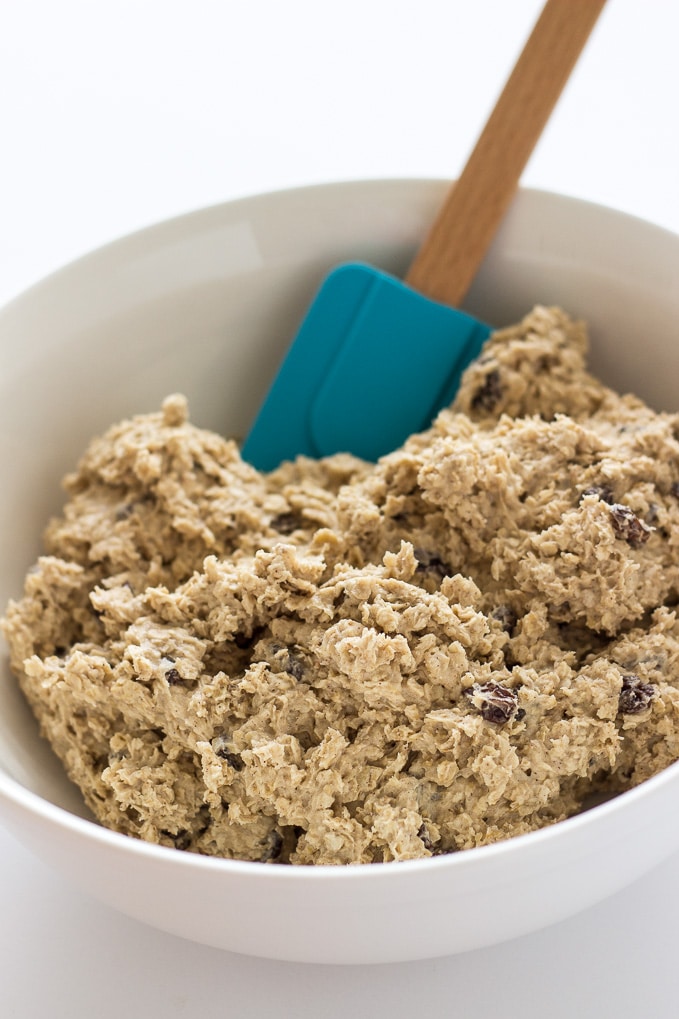 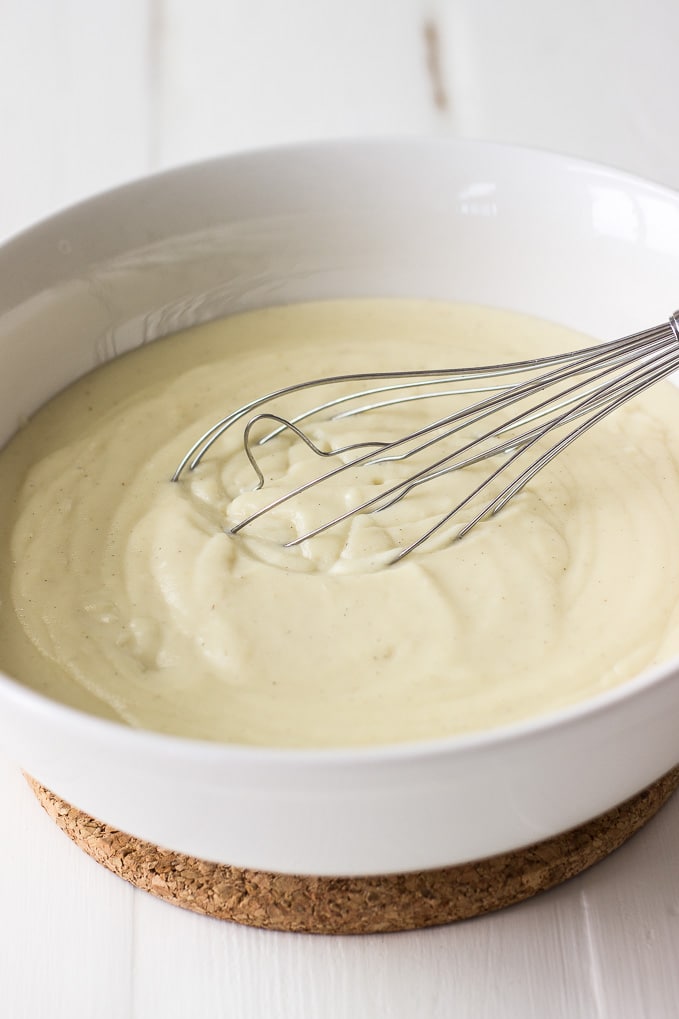 Chocolate chip cookies are the usual favorite but I was in the mood for something with cinnamon, so oatmeal raisin cookies just sounded like the perfect choice. And due to the fact that oatmeal cookies have oats and raisins in them they can clearly be considered a breakfast food correct? So technically we can eat this cookie pudding for breakfast, lunch or as a dessert! It’s a win-win-win! 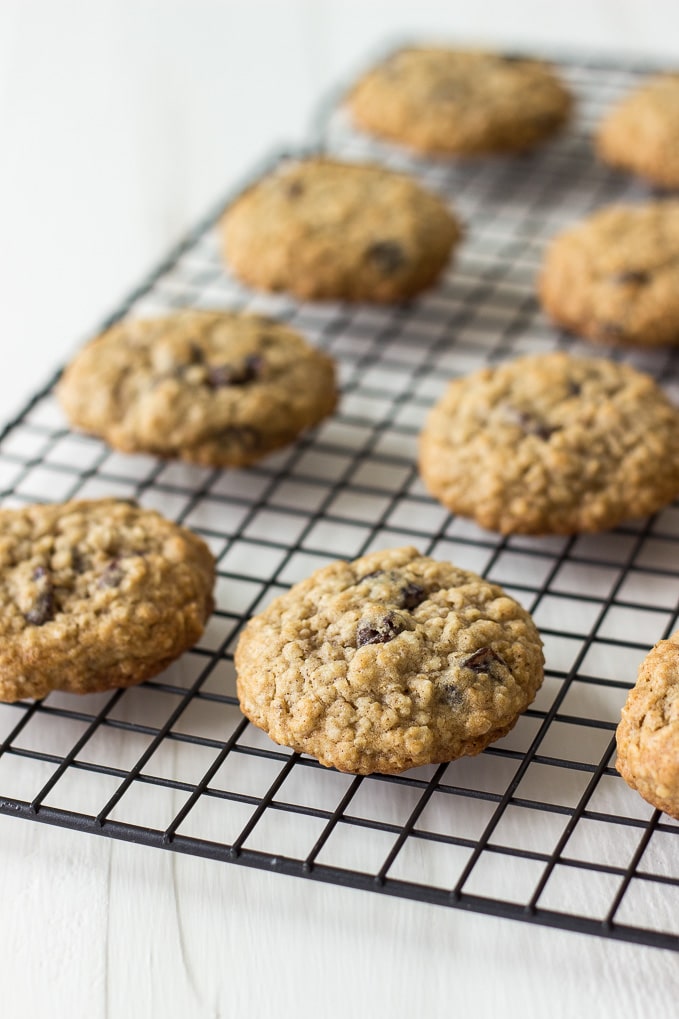 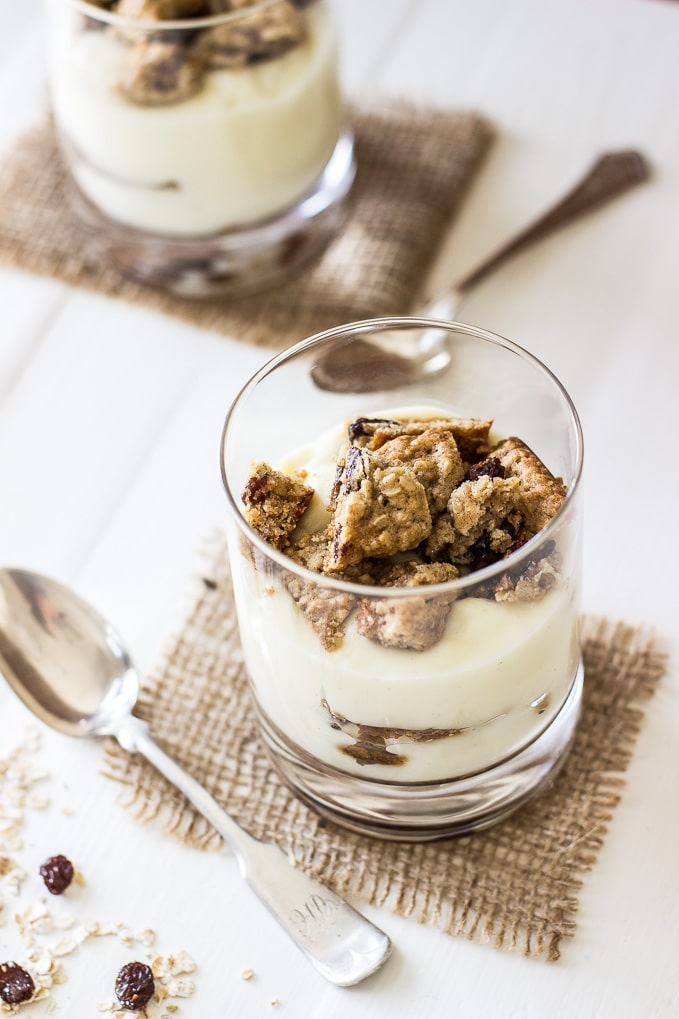 My go-to recipe for oatmeal cookies is the recipe right on the canister of Quaker Oats. Why mess with perfection? My vanilla pudding is quick and easy to make. It’s smooth and creamy with little specks of vanilla bean from the vanilla bean paste. But not to worry if you don’t have vanilla bean paste just substitute regular vanilla extract. I think you are going to love the creaminess of the pudding with the chewiness of the oatmeal raisin cookies. You may need to skip the nice big fluffy blanket because it’s summer but this is an awesome old-fashioned dessert that you need to treat yourself to. Enjoy! 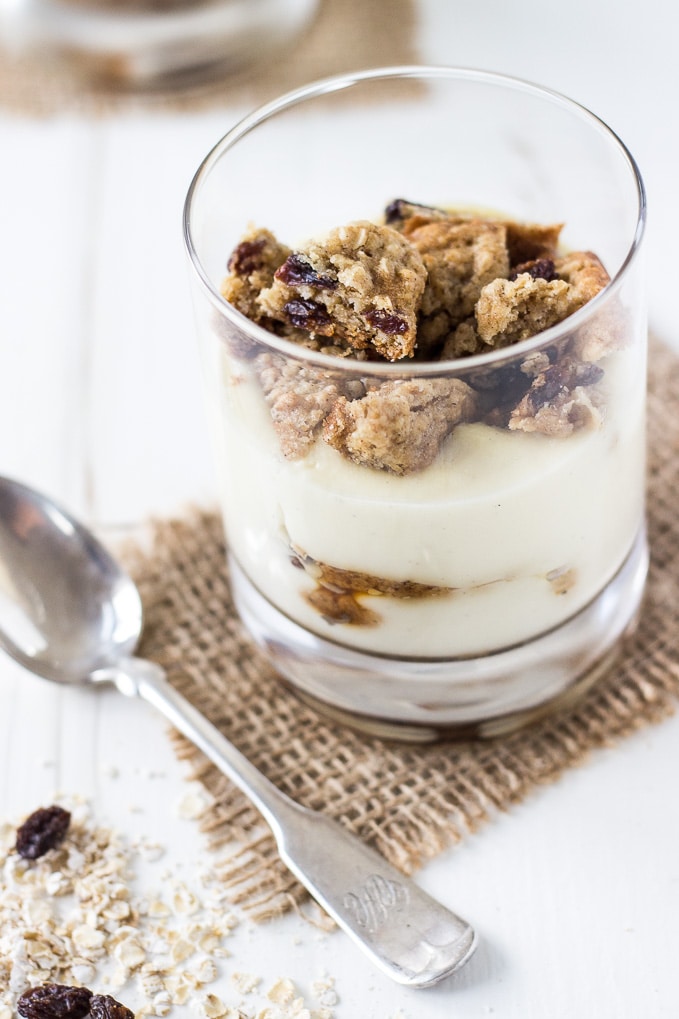 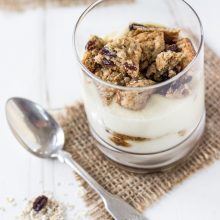 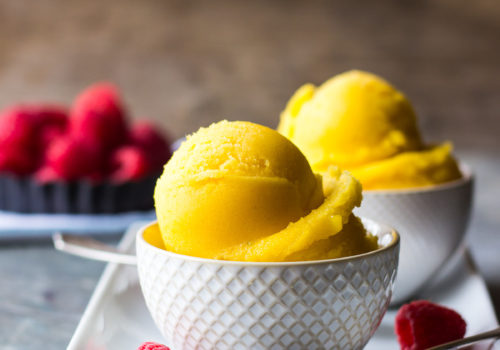 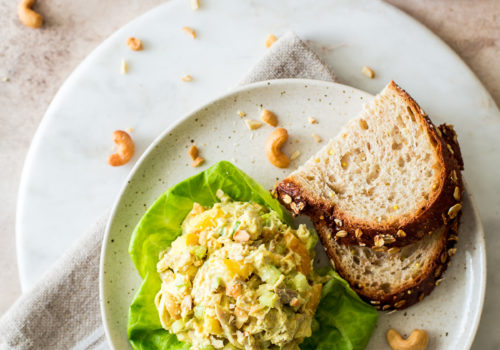 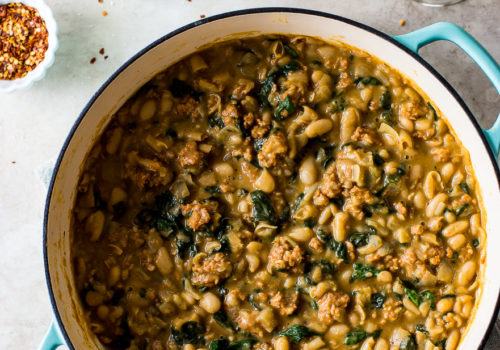 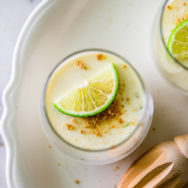 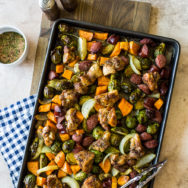 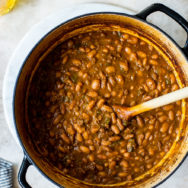