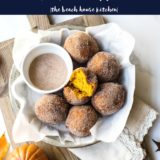 Oh fall, how do I love thee? Let me count the ways…

I may be having the best fall ever friends. I’m not sure why this year feels so much better than previous years, but boy oh boy, it’s been just beautiful.

Maybe it’s because as I get older, I seem to appreciate things more. I take more time to enjoy what the world has to offer. 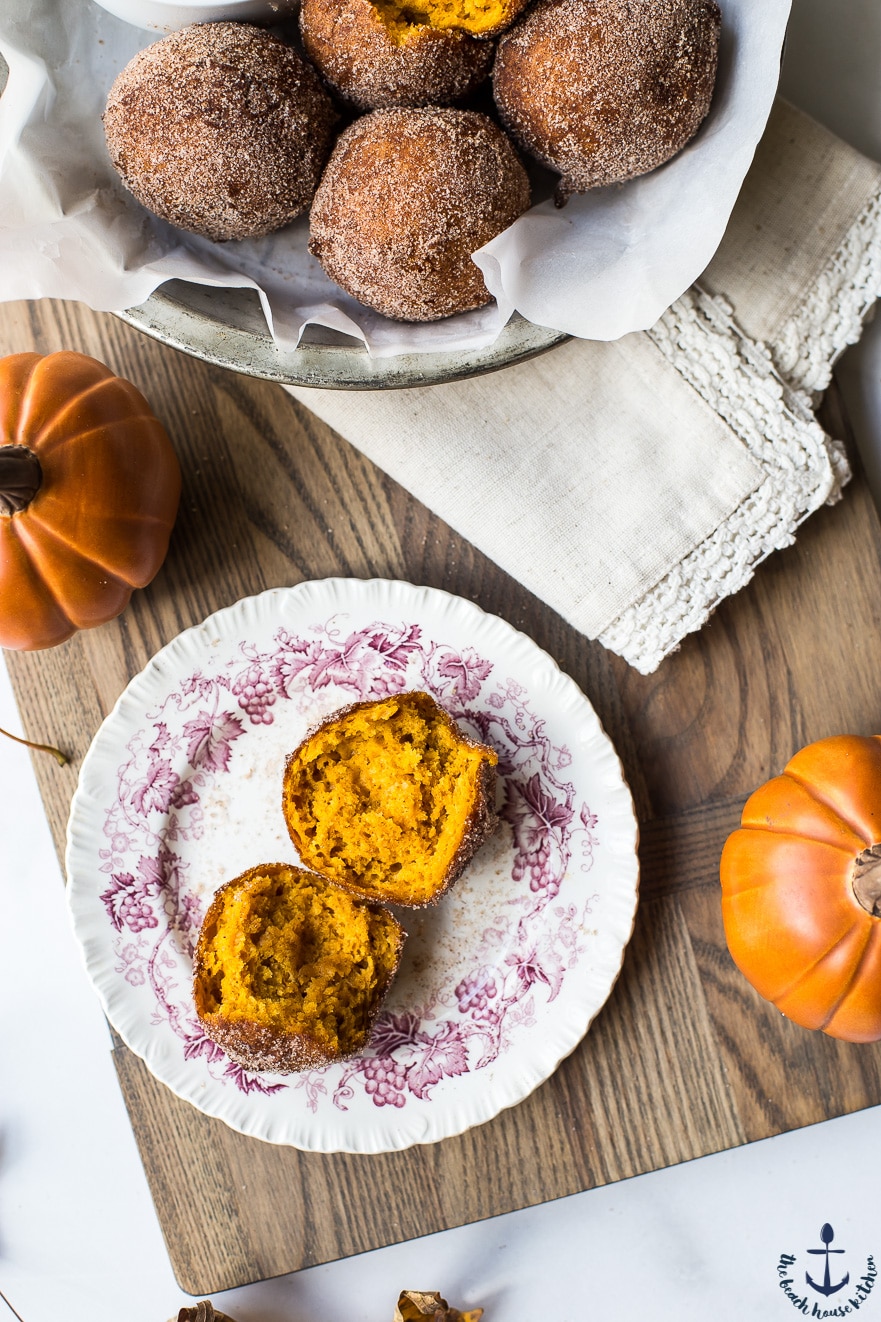 How bout you guys? Are you taking time to soak in everything fall is dishing out?

The changing leaves, the crisp, clear blue skies, all the pretty pumpkins and mums scattered about? 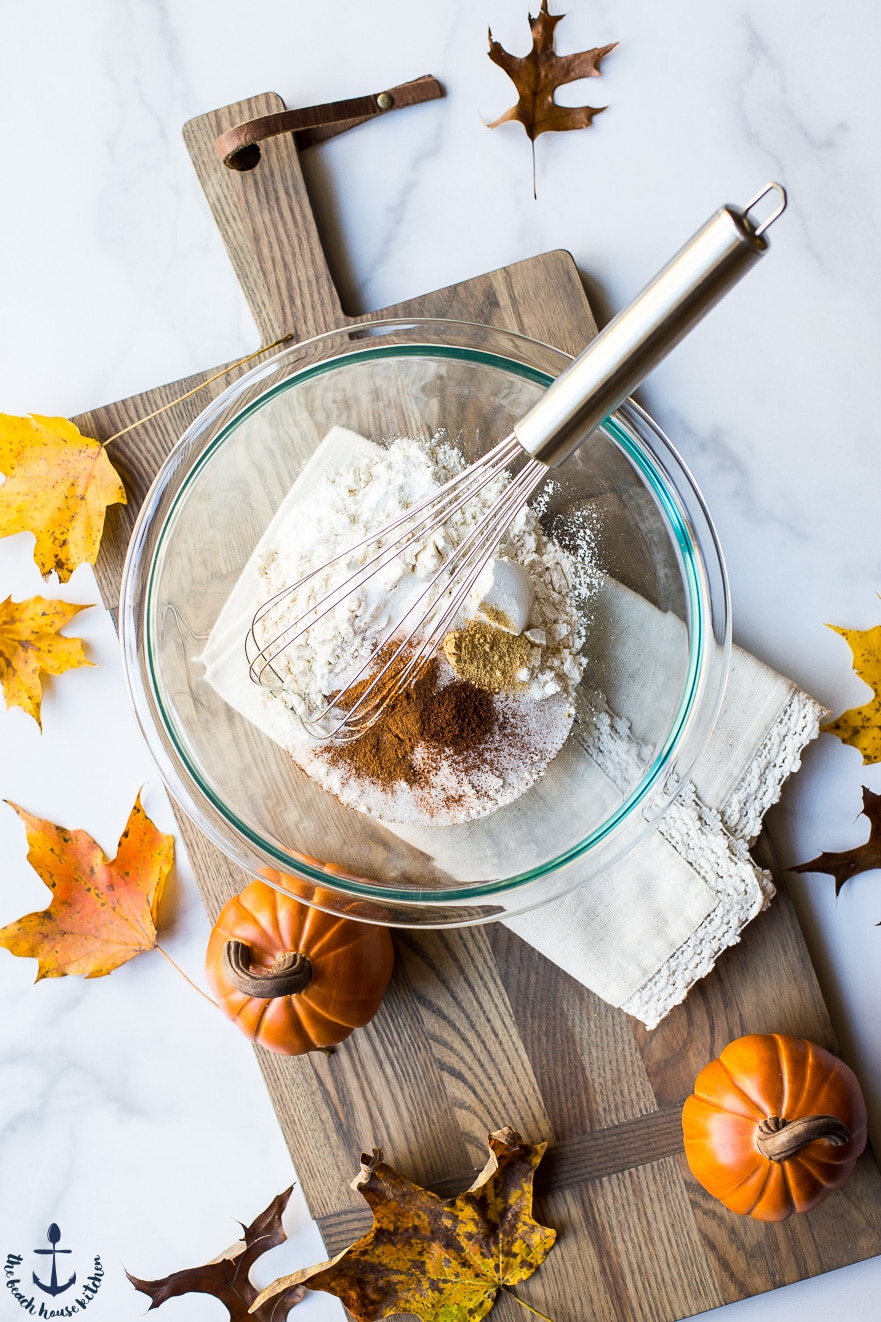 As I’ve mentioned before, I don’t just bake with pumpkin during the fall/winter months. I squeak in a few recipes every now and then during the spring and summer because it’s something I really enjoy.

I know it’s a major no-no to even mention the word pumpkin if it’s not yet October, but I’m a rebel. I’ll eat what I want when I want it. 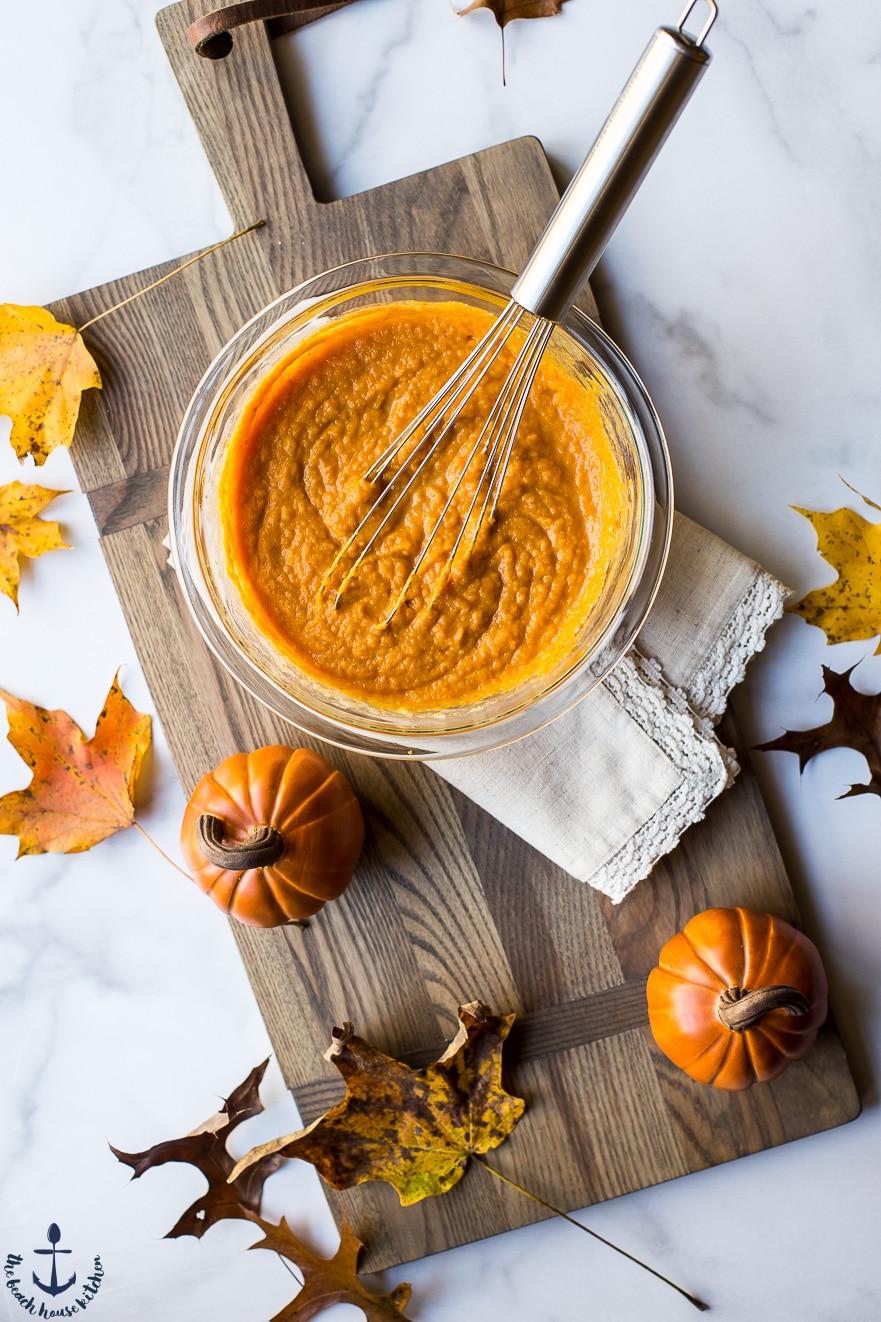 These yummy little Cinnamon Sugared Pumpkin Fritters are as delicious as they sound guys. Plump little pumpkiny fritters fried to perfection then rolled in a cinnamon sugar mixture that’s sure to satisfy your pumpkin craving.

I don’t indulge in fried foods often, but these are so worth it. They’re so seasonally delicious with a hot cup of apple cider. 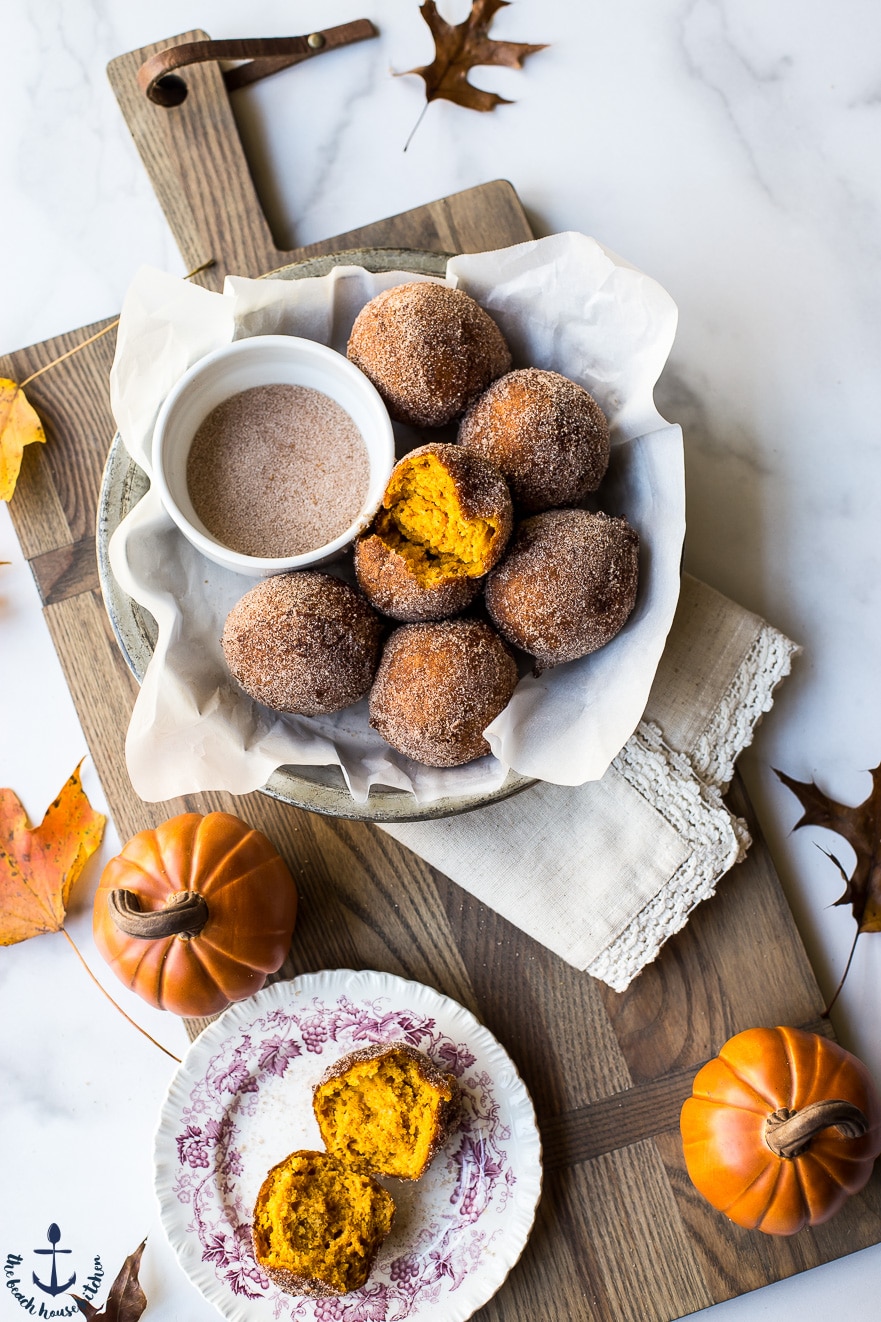 What is a fritter?

If you’re not familiar with fritters, they can be sweet or savory. They’re fried pastries similar to doughnuts that are made with flour, eggs, milk, sugar, melted butter and in this case, pumpkin and the warm spices of cinnamon, ginger and cloves. 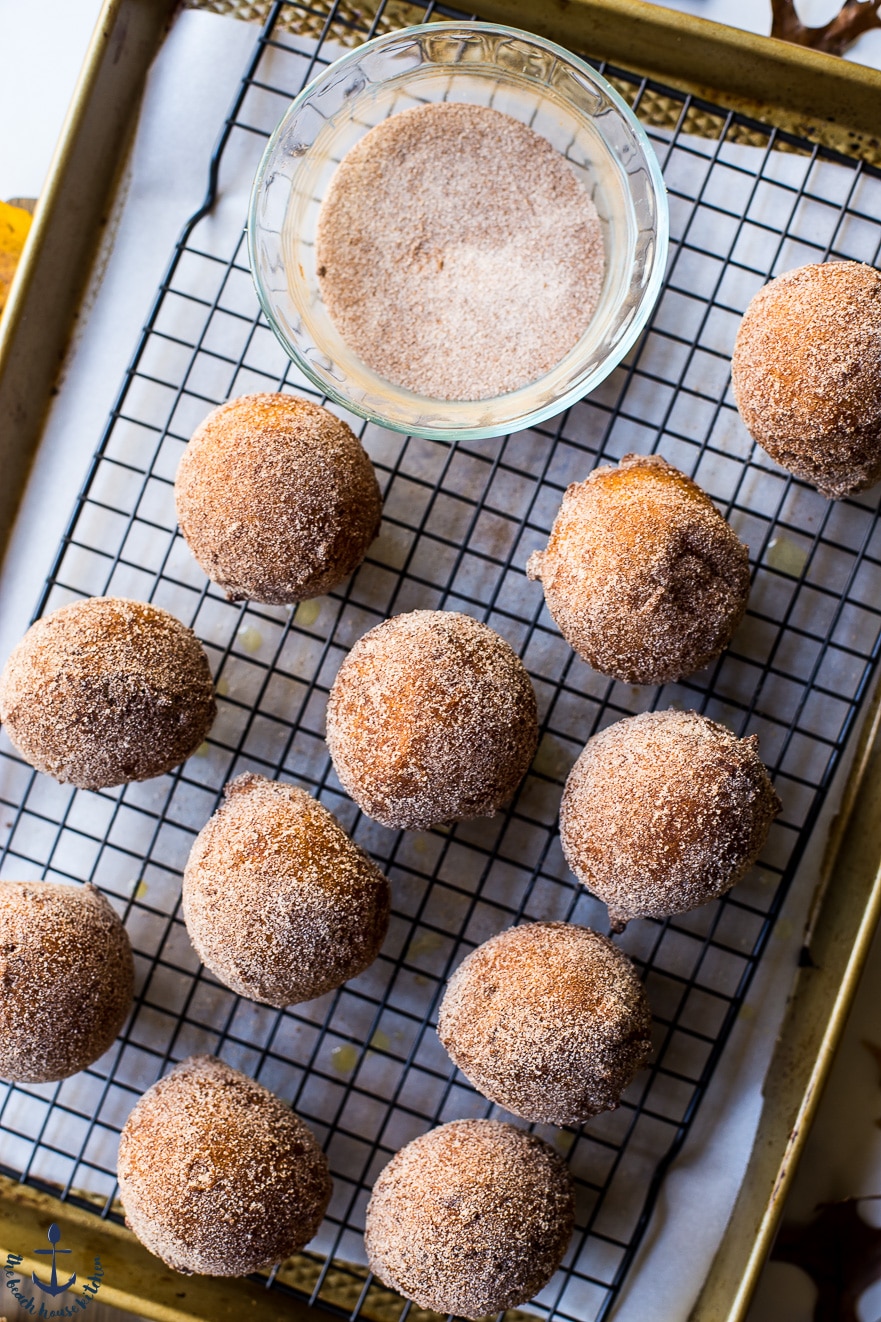 Simply make the batter and using a standard size (1 1/2 inch) ice cream scoop for larger fritters or a small cookie scoop for mini fritters, drop into heated vegetable oil and fry until evenly browned and cooked through.

A bit of a toss in some cinnamon sugar and you’ve got a fabulous taste of fall on a plate! Enjoy! 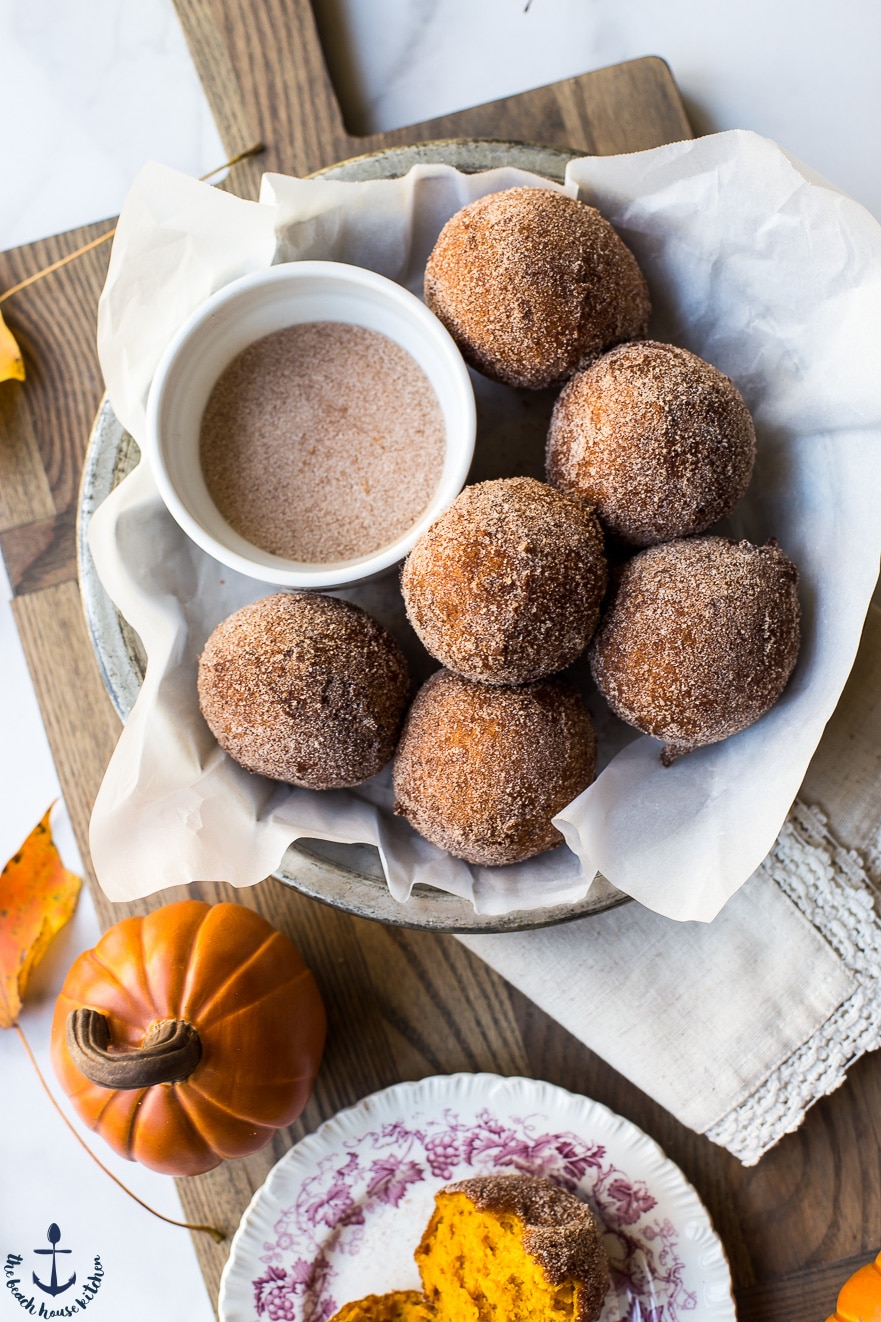 I use a deep fry thermometer to make sure my vegetable oil is heated to 350 degrees and no higher, so the fritters don’t brown too quickly.

Stand right in front of the pot while you are cooking the fritters and continue to flip them, so they brown evenly.

I used a standard size (1 1/2 inch) ice cream scoop and got about 14 nice size fritters.

If you use a standard size ice cream scoop, the fritters will take about 5-6 minutes to cook through. If you decide to use a smaller cookie scoop, they should take about 4-5 minutes. 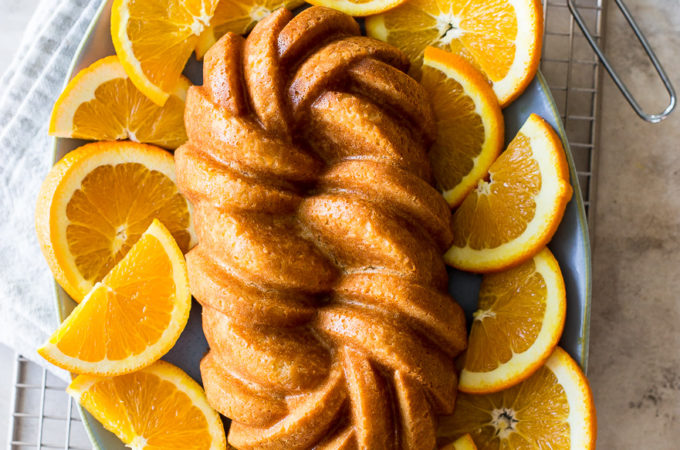 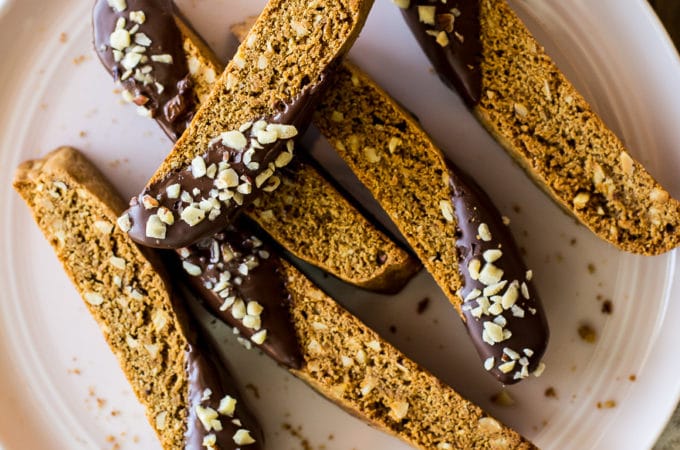 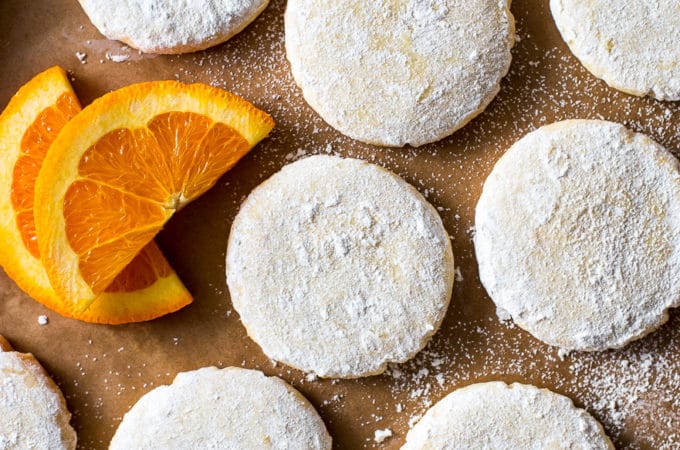 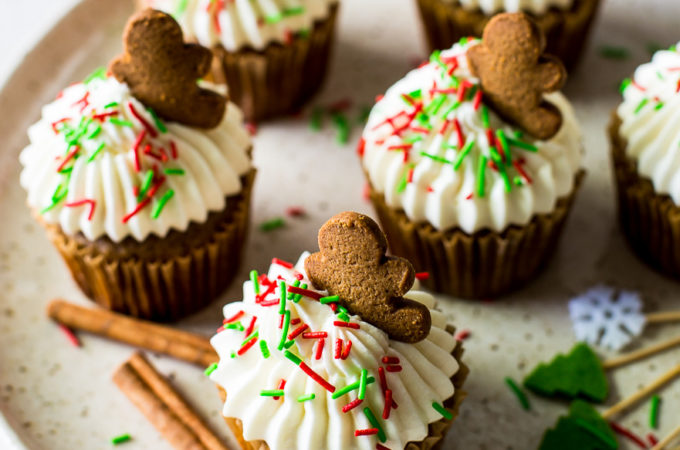 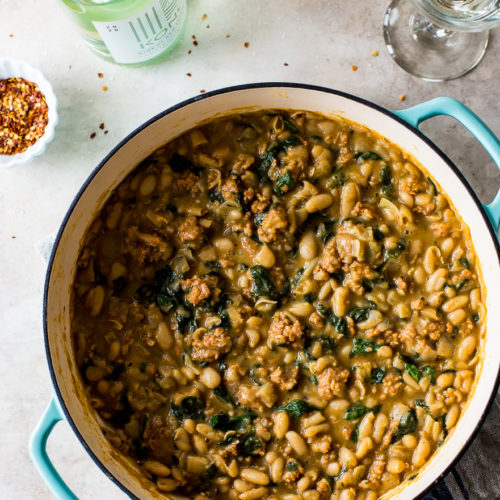 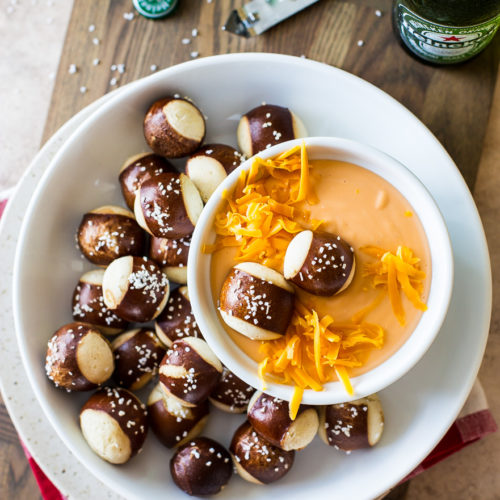 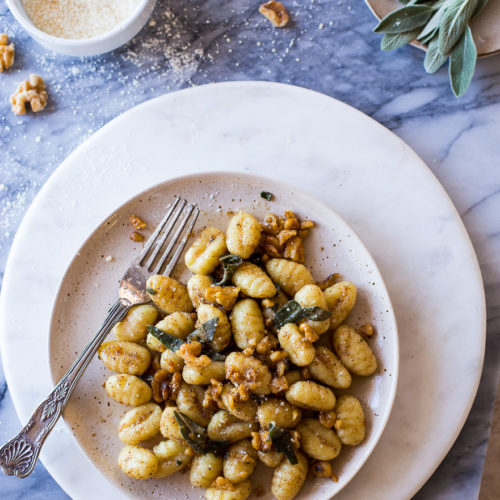 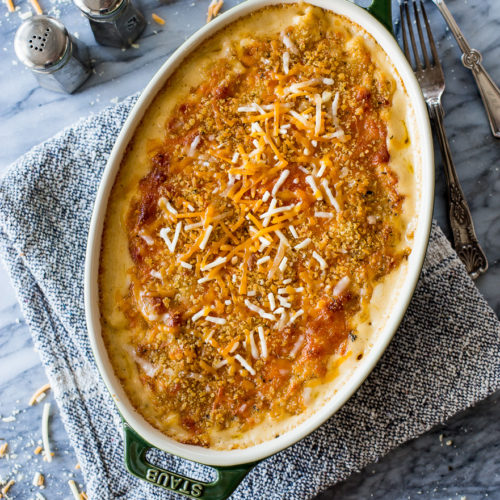